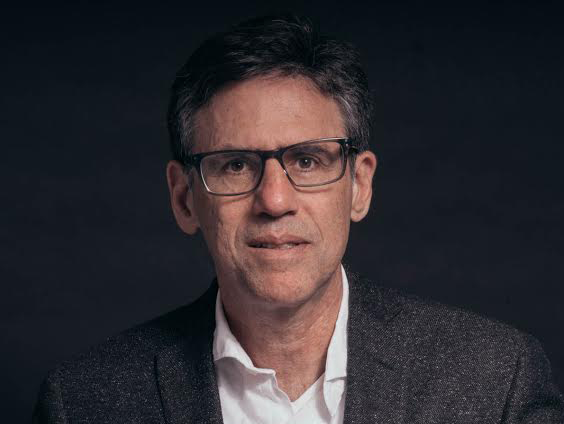 Steve LeVine is Future Editor for Axios, a startup news site created by the founders of Politico, where he looks at the geopolitics, economics and social impact of robots, artificial intelligence, and new energy technology. Steve is also a senior fellow in the Atlantic Council’s Foresight, Strategy and Risks Initiative and an adjunct professor at Georgetown University, where he teaches energy security in the graduate level Security Studies Program.

Previously, Steve was a foreign correspondent for eighteen years in the former Soviet Union, Pakistan and the Philippines, running a bureau for The Wall Street Journal, and before that writing for The New York Times, the Financial Times and Newsweek. Before joining Axios, Steve was on the team that launched Quartz, where he served as Washington Correspondent for four years.

The Powerhouse is Steve’s third book. In 2007, Random House published The Oil and the Glory, which chronicled the struggle for fortune and power on the Caspian Sea. BusinessWeek magazine selected it as a Top 10 book for the year. In 2008, Random House published Putin’s Labyrinth, a profile of Russia through the life and death of a half-dozen Russians. Both books are on numerous university reading lists.

Steve lives in Washington, D.C., with his wife, Nurilda, and their two daughters.