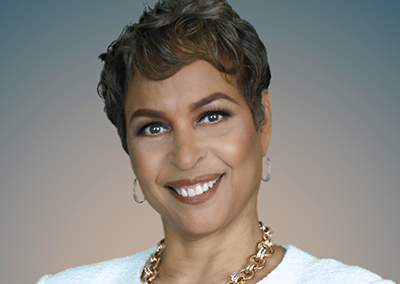 Stacey Howell has experienced success in various industries. Today, she is the owner  and individual operator of a Woodhouse Spa in the Buckhead community of Atlanta, Ga.  Which just opened in May, 2022.  Prior to becoming an Entrepreneur she was the CEO/ Executive Director of Every Woman Works which is a Non-Profit 501C-3 in the metro Atlanta area.  Every Woman Work’s mission is to move women who have suffered trauma in their lives including our veterans from dependency to self-sufficiency.

Previously, Stacey served as an elected official on the council for the Village of South Orange, responsible for a municipality serving, 17,500 residents.  During her tenure, she was nominated as a presidential delegate and served as a municipal party leader educating and increasing the get out the vote percentages. At the end of her term, Stacey was appointed as a Trustee on the Board of Essex County College.  In this role, she served to create policy for the college and to enhance the access of education to the Essex County Community.  She served as the Diversity Chair for the Women’s Political Caucus of NJ where she assisted with the recruitment of women from all backgrounds to participate in NJ’s legislature.  She was an appointed member to the Minority and Women’s Business Advisory Council by the governor. In 2007, she joined several women leaders from the State Chamber of Commerce to travel to India for a mission to aid and assist empowerment with the exchange of business discussions and to adopt a village school in one of the most impoverished villages of Delhi.

Her corporate tenure includes 20 years with Hewlett-Packard in their healthcare division and software division, where she managed Corporate Strategic Accounts and was noted as the number one sales representative worldwide. Stacey was awarded HP’s highest sales awards and remained in the top percentage of sales delivery and support, making major impact in revenue sales and turn over accounts in support.   During that tenure, she also served as the Philanthropic Site Coordinator in the New York area coordinating and managing philanthropic events and employee volunteerism.  One of her events was the 9/11 Living Memorial for Ground Zero victims.  In Atlanta, she worked with Vanderlande, a subsidiary of Toyota, IBM, Inc., Every Woman Works and today entrepreneur.   She served as a mentor for the Cobb County Community in Schools where she received acknowledgment for Outstanding Volunteers.  She is a lifetime member of Delta Sigma Theta where she chaired a Teen Forum, STEAM program for 360 students in the Metro-Atlanta area.  Continuing her passion of academic education, Stacey serves as a Trustee for Zion Baptist Academy serving the community with infant care and advanced early education and more recently appointed as Deaconess in the Deaconess Ministry of Zion Baptist and Missions Leader for the church.

Stacey is married to Hollis Howell.  They have 7 children as a result of a hybrid family.  They reside in a suburb of north of Atlanta and work together to serve their community in various capacities.  Hollis, a submariner veteran of the U.S. Navy and a business executive in Cyber Security, serves as Chaplain of Cobb County Alpha Phi Alpha Alumnae and a Deacon of Zion Baptist Church where he is also the Leader of the annual Zion MLK Program. To date,  the Woodhouse Spa will allow them to be continued ambassadors of health and wellness.   Stacey’s greatest achievement resides in the achievements of her children and others she mentored and assisted along the way.