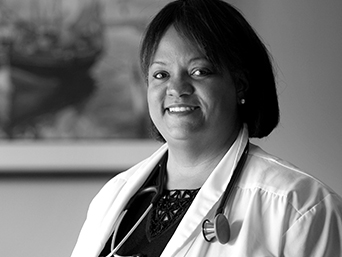 Dr. Benjamin is the founder and CEO of BayouClinic, located in Bayou La Batre, Alabama, and the NOLA.com/Times Picayune endowed chair of Public Health Sciences at Xavier University of Louisiana. She served as the 18th United States Surgeon General from 2009-2013.

From her early days as the founder of a rural health clinic in Alabama to her leadership role in the worldwide advancement of preventive health, Dr. Benjamin has forged a career that has been recognized by a broad spectrum of organizations and publications. In 1995, she was the first physician under the age of 40 — and the first African-American woman — to be elected to the American Medical Association board of trustees.

Dr. Benjamin is a member of the Institute of Medicine and a fellow of the American Academy of Family Physicians. She has been chosen as a Kellogg National Fellow and Rockefeller Next Generation Leader.

In 1998, Dr. Benjamin was the United States recipient of the Nelson Mandela Award for Health and Human Rights. She received the 2000 National Caring Award, which was inspired by Mother Teresa and was recognized with the Papal honor Pro Ecclesia et Ponticifice from Pope Benedict XVI. In 2008, she was honored with a MacArthur Genius Award Fellowship. In 2011, Dr. Benjamin became the recipient of the Chairman’s Award at the 42nd NAACP Image Awards. In May 2013, Reader’s Digest ranked her No. 22 of the “100 Most Trusted People in America.”

Dr. Benjamin has a bachelor’s of science degree in chemistry from Xavier University, New Orleans, attended Morehouse School of Medicine, earned a medical degree from the University of Alabama at Birmingham and holds a Master of Business Administration from Tulane University. She is the recipient of 24 honorary degrees.