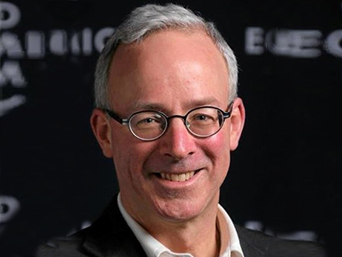 Head of North America and Member of the Executive Committee, World Economic Forum

Paul Smyke currently serves as Head of North America and Member of the Executive Committee of the World Economic Forum, LLC. He joined the organization 30 years ago when the Forum employed 35 staff, compared to more than 600 today, and split that time evenly between its’ Geneva headquarters and the east coast of the United States.

Most recently, Paul has focused his attention on the Forum’s strategy and growth in the United States and Canada, primarily in political circles, as well as key institutional relationships in the realm of business, media, academia and civil society.  This role combines designing and implementing engagement strategies for the above.

As such he serves as the principal interface between the Forum and policy-makers in the Administration, Capitol Hill, Independent Agencies, and Governors.  Under Paul’s leadership, dozens of such officials, ranging from Members of Congress to First Ladies, Cabinet Secretaries, Vice-Presidents and Presidents have taken part in Forum activities in Davos and around the world. The same is true regarding Canadian Prime Ministers, Ministers, Mayors and Premiers.

Earlier in his tenure, Paul served in several capacities, including Member of the Executive Board and Senior Advisor to the Managing Board.  He has held both functional and geographic responsibilities, having been the ‘Face of the Forum’ in charge at various times of political and business relationships, especially in Latin America during most of the 1990s.

Outside the Forum, Paul has served as an on-air commentator for various media, often in French, with dozens of live TV appearances discussing US politics and current affairs.

He also serves on the Advisory board of Swissnex Boston — the Swiss science and innovation consulate in Cambridge, Massachusetts.  In addition, he is on the board of the Open Learning Exchange, an education non-profit, also based in Cambridge.

Paul completed high school in Geneva, Switzerland, followed by a BA in Speech Communication at Macalester College, and an MA in International Relations from the Johns Hopkins University, School of Advanced International Studies (SAIS).

During a ‘gap year’ after university, Paul lived in Hawaii and worked on a number of political campaigns around the United States, as well as on a Christmas Tree farm in Wisconsin.

Paul lives in the Boston area with his two children, where he coaches youth soccer and enjoys skiing, hiking and mountain biking; he has dual Swiss and US nationalities.