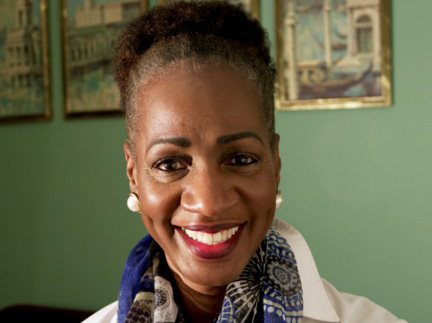 Co-Chairman, Be A Champion Foundation

Married for 37 years and proud parents of three children, Robert and Pamela (Pam) Champion have endured the unimaginable. Their lives have been forever changed. On November 19th, 2011 their only son, Robert Darnell Champion, a music major and drum major in the Florida A & M University marching band better known as the march 100, was brutally and viciously beaten to death on a bus in Orlando, Florida.  Robert’s death was a direct result of corruption and negligence.  It is because of the lack of accountability of the University and the killers of their son, Robert and Pam Champion founded Robert D. Champion Drum Major for Change Foundation, doing business as the Be A Champion Foundation to eradicate the senseless condone violence contaminating our educational institution, ails our communities, fragment our families and destroys the potential of innocence lives.  An accredited 501c3 non-profit organization with a God given mission and a clear direction to change mindsets and save lives.

Very few of us have been challenged in the way that Robert and Pam Champion have. But in the face of such an unspeakable tragedy they have demonstrated an incredible amount of inner strength, perseverance, and honor. They have taken their message of effective solutions into the educational institutions, the communities, our congressman and congresswoman, and the United States Department of Education.

They have become role models of faith and strength as they trust in God and in a higher purpose for their pain.

In the words of the Robert and Pam Champion: “In a nation where we are inundated with violence in every facet of our lives, we chose to honor our son’s memory by providing proactive solutions to prevent violence, save lives and change mindset.  This can be done. We are not dealing with an incurable disease, we are dealing with a mindset, which can be changed.
Robert marched to a different beat and that beat lives on through the Be A Champion Foundation.”