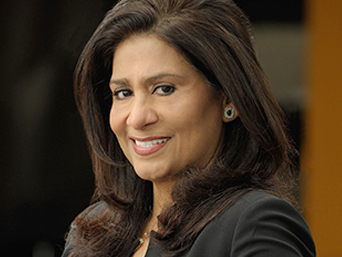 President and Chief Executive Officer, Bank of the West

Prior to joining Bank of the West in 2016, Bakhshi served with TD Bank, where she held several leadership positions, including Executive Vice President and Head of North American Direct Channels. In that role, she was responsible for driving innovation in direct and electronic channels to improve digital adoption and provide customers a unified banking experience. Earlier, she served as Executive Vice President and Head of Consumer Banking at TD Bank in the U.S., where she led product innovation and delivery across all retail channels, spanning more than 1,300 bank locations from Maine to Florida.

Before TD Bank, Bakhshi was Executive Vice President of Consumer Deposits and Payments at Washington Mutual in Seattle, now JP Morgan Chase. A 28-year veteran of the financial services industry, with broad experience in banking, Bakhshi has also held leadership positions at FleetBoston, now Bank of America, as well as at First Data Corp., where she was the managing director of their mobile payments division.

Bakhshi serves on the Global Board of Directors of Operation Hope, the Board of Trustees of World Affairs and the Supervisory Board of the Clearing House.

Bakhshi holds a Masters of Arts degree in international relations from Jadavpur University in India.