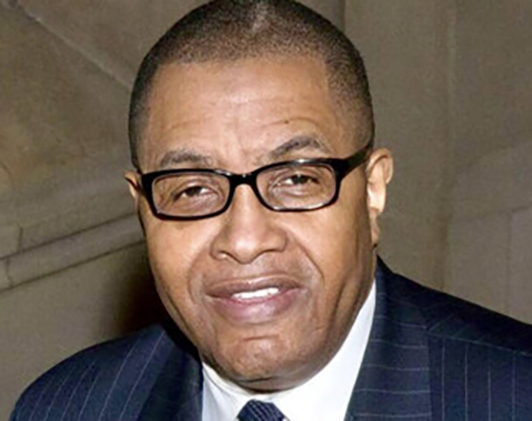 Micheal E. Cristal, was elected the 35th International President of Phi Beta Sigma Fraternity, Inc. on Thursday, July 20, 2017 during the 2017 Conclave in Detroit, Michigan. This notable achievement is the culmination of a 35-year commitment to the fraternity’s principles of Brotherhood, Scholarship and Service.

Honoring accountability and dedication is a valued principle instilled in Micheal from a very young age. His professional career and civic engagement has benefitted from these born and bred characteristics.

As a teenager, Micheal’s journey began as a bagger at a local grocery store in his hometown of Grenada, Mississippi where he worked to finance his Bachelor of Science Degree in Marketing from Mississippi State University (MSU).

Micheal is currently the Vice President of Operations for the Kroger Company in Phoenix, AZ, where he’s responsible for leading a team of 22,000 employees within 122 Fry’s stores in metro Phoenix and Tucson. Micheal has increased sales within the division by championing an improved shopping experience, high level merchandising standards, people development, and accountability of his Team to deliver the desired financial results. Prior to becoming Vice President of Operations, Micheal has held several merchandising and operation leadership positions, including Vice President of Merchandising within our QFC Division in Seattle, WA, Director of Operations within the Atlanta Division leading 4 Districts representing 84 stores in metro Atlanta, Macon, Athens and Columbia, SC and Corporate DrugGM Regional Sales-

Planning Coordinator with the responsibility of developing the

department’s Regional Sales-Planning infrastructure. Micheal’s career with Kroger has spanned over 32 years and is known and respected for his knowledge of retail systems, ability to establish strong merchandising and operations teams that consistently outperforms the competition.

He is a recognized skilled leader, mentor, trainer, and motivator at division and store level.

Micheal and his wife, Marcia, have three children: Lauren, Brandon and Jaylen.