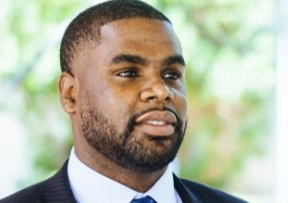 Jonathan Liddell is an IBM Client Executive covering the state & local government of Georgia where he helps clients drive towards technological innovation and achieve transformational progress in their organizations. Before joining IBM, Jonathan was a AMLlKYC Officer at JP Morgan in NYC ,NY. Jonathan supported the Global Funds Group where he managed compliance issues for several prominent global hedge funds and was recognized by JP Morgan for his outstanding quality, timeliness, and collaboration with both clients and bankers. Prior to joining JP Morgan, Jonathan was a Senior Intelligence Analyst at various private military firms where he supported U.S/Canadian conventional forces and U.S. Special Operations. Jonathan resided in both Guantanamo Bay,Cuba and southern Afghanistan and served as the intelligence subject matter expert for the Middle East and South-East Asia to include but not limited to: Afghanistan, Iraq, Saudi Arabia, Yemen , Pakistan, and India. In these positions ,Jonathan created over 1,000 intelligence assessments based on the complex collection, research and analysis of large data-sets, which was collected using a combination of intelligence methods and collaboration with key influencers within the U.S. Intelligence community and various government agencies. Jonathan began his career in the U.S. Army as a Human Intelligence (HUMINT) Collector stationed in Ft. Shafter, HI. During his military career Jonathan was a team leader for an intelligence collection team that performed over 150 intelligence collection operations. He was also a section leader of an HUMINT Collection Team in support of strategic intelligence and counterintelligence operations and assisted in the development of and Jed multiple HUMINT and counterintelligence field training exercises. He holds a Master of Business Administration degree from George Washington University School of Business and a Bachelor of Arts in Intelligence Studies from American Military University and is passionate about helping transitioning military and veterans identify and work towards their “next mission” in post-military service.