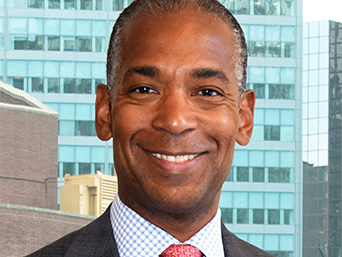 John Rhea is a senior advisor to The Boston Consulting Group and founder and managing partner of RHEAL Capital Management, LLC, a real estate development and investment firm. From 2009 to 2014, John was Chairman & CEO of the New York City Housing Authority, appointed by Mayor Michael R. Bloomberg. Prior to serving in the Bloomberg Administration, John was a managing director and investment banking group head at Lehman Brothers and JPMorgan Chase & Co., where he advised on more than $100 billion of transactions in the Consumer and Retail industries. John also worked at PepsiCo, Inc. as a manager of corporate development and The Boston Consulting Group as a management consultant.

John serves on the board of directors of Invitation Homes (NYSE:INVH) and is a member of the audit (chair) and compensation committees. He is a founding investor and current director of WhistlePig LLC, a leading producer and marketer of straight rye whiskeys. John has a long record of non-profit service and currently is a director of Red Cross Greater New York; Rush Philanthropic Arts Foundation; and University of Detroit Jesuit High School & Academy. A recipient of numerous honors and awards, John was twice named 100 Most Powerful People in New York Real Estate and 75 Most Powerful Blacks on Wall Street.

John is a graduate of Wesleyan University and the Harvard Business School.