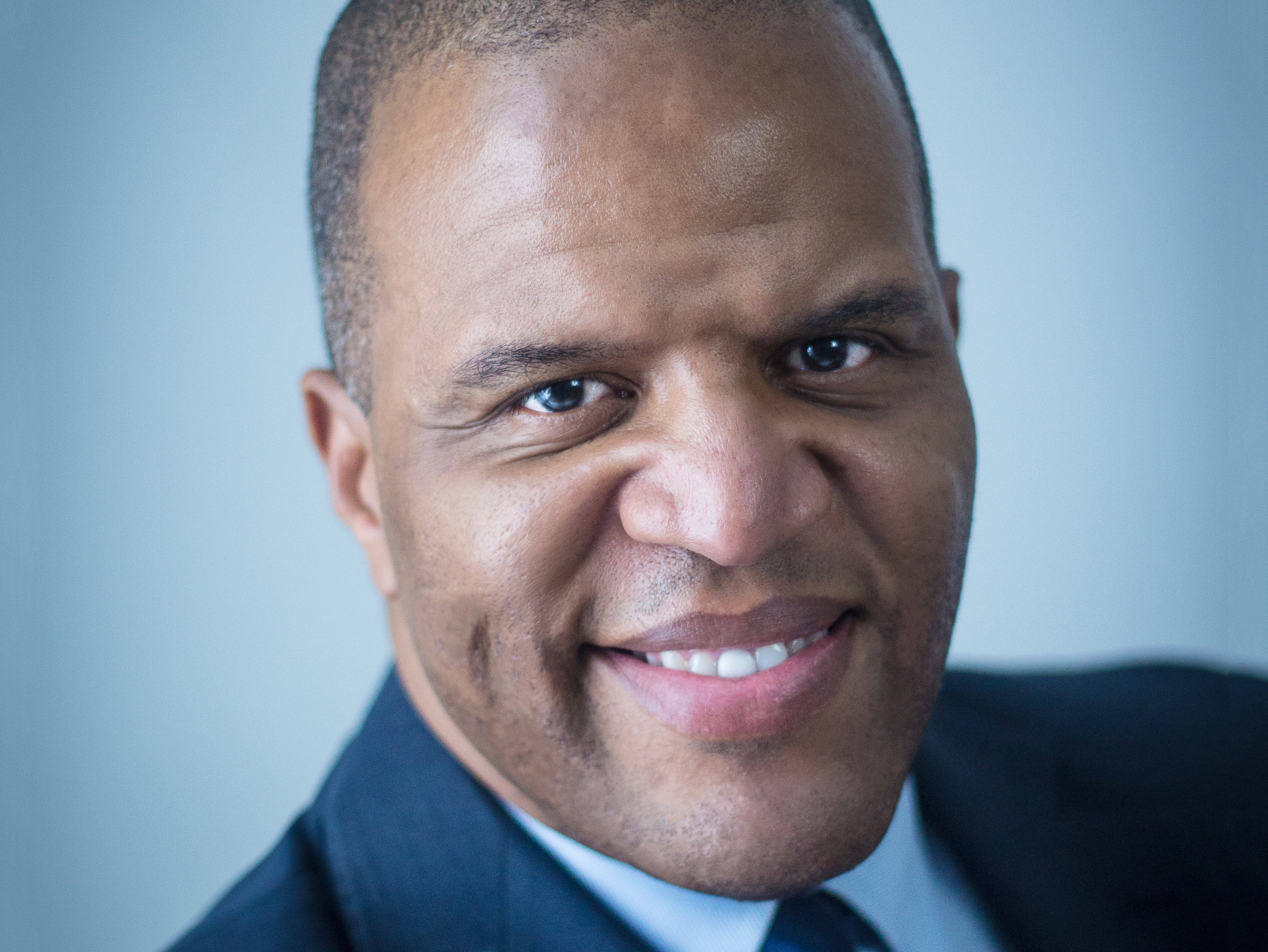 American Banker magazine 2016 “Innovator of the Year”, Inc.’s “The World’s 10 Top CEOs” (honorable mention), and one of Time magazine’s “50 Leaders for the Future” named in 1994, John Hope Bryant is an American entrepreneur, author, philanthropist, and prominent thought leader on financial inclusion, economic empowerment and financial dignity.

Bryant is the founder, chairman, and chief executive officer of Operation HOPE, Inc. the largest not- for-profit and best-in-class provider of financial literacy, financial inclusion and economic empowerment tools and services in the United States for youth and adults; chairman and chief executive officer of Bryant Group Ventures and The Promise Homes Company, the largest for-profit minority-controlled owners of institutional-quality, single-family residential rental homes in the U.S., and co-founder of Global Dignity.

The last five U.S. presidents have recognized his work, and he has served as an advisor to the last three sitting U.S. presidents, from both political parties. He is responsible for financial literacy becoming the policy of the U.S. federal government. In January 2016 Bryant became the only private American citizen to inspire the renaming of a building on the White House campus, when the U.S. Treasury Annex Building was renamed the Freedman’s Bank Building. The Freedman’s Banks’, founded by President Abraham Lincoln, legacy has become the narrative of the work of Operation HOPE—to help all people in the ‘Invisible Class’ become fully integrated into our nation’s economy. In April 2017, a historical marker, also inspired by Bryant, to honor the final flight of Dr. Martin Luther King, Jr. to Memphis on April 3, 1968, was installed at the Memphis International Airport 49 years to the day that Eastern Flight 381 arrived from Atlanta.

A member of the founding class of The Forum of Young Global Leaders, and founding member of Clinton Global Initiative, Bryant is a LinkedIn Influencer, contributor to Huffington Post, THRIVE Global and Black Enterprise, and a member of the World Economic Forum and OECD Expert Networks.

His Facebook Live “Silver Rights” Series has received 40+ million views, and serves as an engaging platform to foster essential discussion in the digital age around financial inclusion and social uplift. This series led directly to a Facebook sponsoring episodic streaming series entitled ‘Delivering The Memo’, inspired by Bryant’s newest bestselling book, THE MEMO.

He has received hundreds of awards and citations for his work, including, Oprah Winfrey’s Use Your Life Award, and the John Sherman Award for Excellence in Financial Education from the U.S. Treasury. Bryant recently received an honorable mention in Inc. magazine’s “The World’s 10 Top CEOs” article that spotlights global servant leaders as the visionaries behind some of the most successful organizations.

Bryant is the author of bestsellers; The Memo: Five Rules for Your Economic Liberation (Berrett-Koehler, September 2017), How the Poor Can Save Capitalism: Rebuilding the Path to the Middle Class (Berrett-Koehler, 2014), and LOVE LEADERSHIP: The New Way to Lead in a Fear-Based World (Jossey-Bass, 2009). He is one of the only bestselling authors on economics and business leadership in the world today who happens to also be African-American.

Bryant founded, created and now leads more than 35 companies and organizations, for-profit, nonprofit and public benefit in North America, and in some cases active around the world.