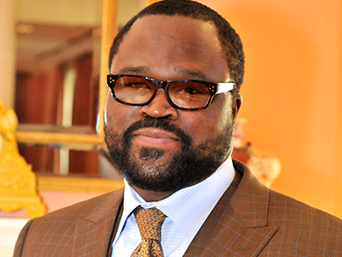 Irvin Ashford Jr., is Senior Vice President of Corporate Communications, Director of Community Development and External Affairs for Comerica Bank. He is also the National Director of Financial Education.

He was recognized by The National Association of Black Accountants and The National Black MBA Association for his leadership and support of programs benefiting low- to moderate-income individuals and communities in Dallas.

Mr. Ashford was named to the 2007 United States delegate class of the British-American Project. He is a Woodrow Wilson International Studies and Public Policy Fellow, an American Marshall Fellow and a Zeit-Stiftung Ebelin und gerd Bucerius Fellow.

Mr. Ashford was the recipient of the 2015 Individual Achievement DiversityFirst Award from the Texas Diversity Council. Ashford was awarded Driving Diversity Advocacy Award for Outreach from the Greater Dallas Asian American Chamber of Commerce.

In 2016, Mr. Ashford became the first two time winner of the Dallas Business Journal Minority Business Leader Award by winning the award for the first time in 2008. He is the recipient of these awards for his outstanding leadership in the business community.

His civic and community involvement includes serving on the board of directors for the Boys and Girls Club of Greater Dallas, The PeopleFund, Kym’s Kids, University of Dallas Satish & Yasmin Gupta College of Business Advisory Board, Focus on the Teens, and the Texas Women’s Empowerment Foundation. He is a long time volunteer at the Greater Dallas Hispanic Chamber of Commerce teaching small business classes.