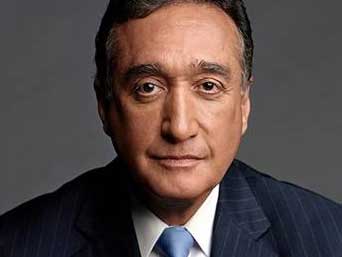 Henry Cisneros co-founded CityView in 2000 and currently serves as the firm’s chairman. He also sits on each of CityView’s Investment Committees. In 1981, Cisneros became the first Hispanic-American mayor of a major U.S. city, San Antonio, Texas, where he was subsequently elected to four terms. In 1992, President Clinton appointed Cisneros to be Secretary of the U.S. Department of Housing and Urban Development (“HUD”). After leaving HUD in 1997, Cisneros became president and chief operating officer of Univision Communications, the Spanish-language broadcaster. Cisneros currently serves on Univision’s board of directors. He has served as president of the National League of Cities and as deputy chair of the Federal Reserve Bank of Dallas. He is currently a member of the advisory boards of the Bill and Melinda Gates Foundation and the Broad Foundation, and was honored by the National Housing Conference as the “Housing Person of the Year”. Cisneros is a graduate of Texas A&M and holds a Masters degree from the Kennedy School at Harvard and a Doctorate from George Washington University.