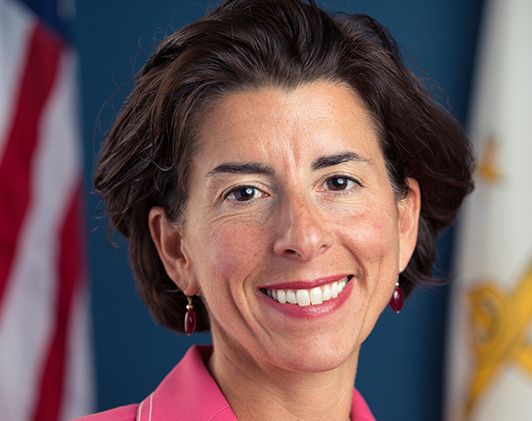 On January 6, 2015, Gina M. Raimondo became the 75th Governor of Rhode Island and the state’s first female governor. During her time in office, Governor Raimondo has kick-started the state’s economy and made record investments in infrastructure, education and job training. Governor Raimondo championed legislation that made Rhode Island the fourth state in the country to offer tuition-free community college to every high school graduate. Under Governor Raimondo’s leadership, Rhode Island has been a national leader in responding to the COVID-19 pandemic, with the best testing rate in the nation and one of the fastest-recovering economies.