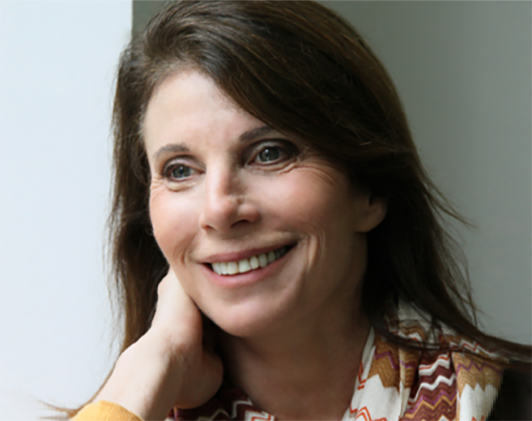 Gina Harman is a prominent thought leader on financial health, entrepreneurship, access to capital and the unique challenges women face in forming and growing businesses. She joined Accion in 2008 as the CEO of Accion New York, after serving for six years on the organization’s Board of Directors. As CEO of Accion New York she led a merger of two Accion lending organizations. She went on to lead the formation of Accion’s U.S. Network in 2011, which unites Accion’s U.S. members into a nationwide lending network. Since founding the U.S. Network, Gina has embraced innovative, technology-driven approaches to enhance the quality and impact of Accion’s lending and wrap-around services for U.S. entrepreneurs.

Gina holds numerous industry leadership positions. She serves on the boards of the Center for Financial Services Innovation (CFSI) and the U.S. Financial Diaries research initiative. She is on the Executive Committee of the Responsible Business Lending Coalition, which advances fair and transparent lending practices through the Small Business Borrowers Bill of Rights. She is also on the coordinating committee for “Breaking Through,” an initiative that advances research and solutions to support women’s entrepreneurship and access to capital.  She served as an advisor to the Small Business and Entrepreneurship Working Groups at CGI America from 2010 to 2014, was named to Fast Company’s League of Extraordinary Women in 2012 and was named a 2017 Woman of Influence by the New York Business Journal.

Gina joined Accion after a two-decade career at Harman International, where she served as President of their $600 million Consumer Division and a member of the Group Executive Committee. She oversaw a global portfolio of 10 brands Including Harman Kardon, JBL and Infinity. She is proud that the first product her division designed in collaboration with Apple stands on permanent display at the Museum of Modern Art in New York. She came to Harman after working for 12 years in the nonprofit sector, where she served in leadership roles including as Executive Director of the Central Astoria Community Development Organization. Gina holds a B.A. from the State University of New York, Empire State College, and is a graduate of the Nonprofit Management Institute at Columbia University.