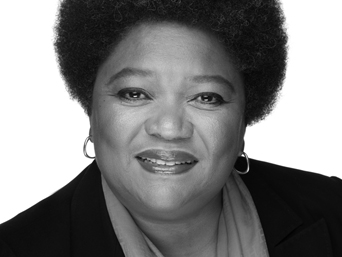 Charisse R. Lillie is Vice President of Community Investment of Comcast Corporation and President of the Comcast Foundation.  She joined Comcast in 2005 as Vice President, Human Resources-Comcast Corporation, and Senior Vice-President, Human Resources-Comcast Cable.  She was a partner in the law firm of Ballard Spahr Andrews & Ingersoll, LLP in Philadelphia from January 1992 to February 2005. She was Chair of the Litigation Department from 2002 to 2005, and was a member of the Employment and Labor Law Group of the firm. She also served as an advisor to clients on diversity and anti-discrimination issues. She is a frequent lecturer regarding diversity, community investment and corporate social responsibility.

Prior to joining the firm, Charisse’s legal experience included positions as Trial Attorney, U.S. Department of Justice, Civil Rights Division; Assistant United States Attorney for the Eastern District of Pennsylvania; General Counsel to the Redevelopment Authority of the City of Philadelphia; and City Solicitor of the City of Philadelphia. In addition, Charisse has been a member of many civic commissions. She is a member of the Board of Trustees of Howard University, NBCUniversal Foundation, The Franklin Institute, Penn Mutual Life Insurance Company and the Philadelphia Electric Company, an Exelon Company. She is the former chair of the Board of The Federal Reserve Bank of Philadelphia. In 2012, she received the Inaugural Diversity Leadership Award from Temple University Law Alumni Association. She has been honored by CableFAX: The Magazine in 2013, 2012 and 2011 as one of the most influential minorities and powerful women in cable.