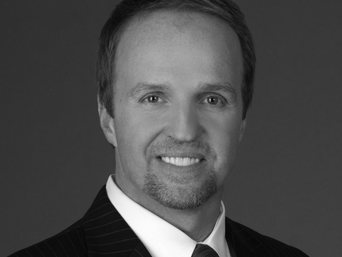 Prior to his current role as Executive Vice President & COO for the Metro Atlanta Chamber (MAC), Brian McGowan served for three years as the President & CEO of Invest Atlanta – the economic development arm of the City of Atlanta. During his tenure, Invest Atlanta was responsible for facilitating the creation of 18,000 jobs and nearly $1.7 billion in new investment. McGowan served as a member of Mayor Reed’s cabinet and was appointed by Governor Deal to serve as a Board member for the Fort McPherson Redevelopment Authority.

While at Invest Atlanta, he fiscally stabilized the organization and then rebranded, redirected and modernized the city’s approach to economic development. He created new programs such as StartUp Atlanta, the Catalyst Fund, Home Atlanta, Neighborhood Lift, the Façade Improvement Program and supported the Better Buildings Challenge. McGowan also established a new focus on international trade and foreign direct investment which will include an EB-5 investment center. He directed the creation of comprehensive housing and development strategies and reformed the City’s Tax Allocation District program.

McGowan facilitated dozens of business attraction wins such as Pulte Homes, AthenaHealth, Exact Target, Panasonic and Carter’s, as well as reuse projects such as City Hall East, the Civic Center, Turner Field and the Underground. He also served on the city team that negotiated the new retractable roof NFL stadium and structured a plan for financing the public portion of the facility.

Prior to this, McGowan was appointed by President Obama as U.S. Deputy Assistant Secretary of Commerce in September 2009 where he served as the Chief Operating Officer for the U.S. Economic Development Administration. He refocused the agency to concentrate on supporting innovation and entrepreneurship and regional collaboration. He created new programs including the i6 Challenge, Strong Cities/Strong Communities and Select USA. McGowan also served in the White House as an Economic Advisor to the President on the BP oil spill where he led an inter-agency Economic Solutions Team within the National Incident Command and assisted in developing the Gulf Coast Ecosystem restoration plan.

Before joining the Obama Administration, he was appointed by Governor Schwarzenegger as California’s Deputy Secretary for Economic Development and Commerce – and was the lead economic development official for the State. While serving in the Schwarzenegger Administration, McGowan’s most notable achievements include the creation of the California iHub Program, the California Certified Sites program and the development of Regional Economic Recovery Work Plans.

Earlier in his career, McGowan ran the Economic Development Agency for the County of San Bernardino and worked for the City of Ontario and the City of Palm Springs. He also served as a consultant for the U.S. Agency for International Development helping cities in Bulgaria and Serbia create economic growth programs.