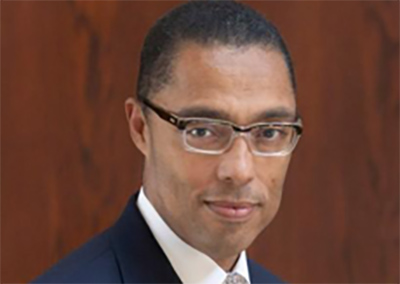 Brett A. Pulley is the bureau chief at Bloomberg News in Atlanta, where he guides coverage of the greater southeastern United States. Prior to that role he was an executive vice president at Weber Shandwick, advising corporate clients and C-Suite executives on a range of issues, including internal and external communications, storytelling, crisis response, and diversity and inclusion.

A veteran journalist, author and educator, Pulley served four years as dean of the Scripps Howard School of Journalism and Communications at Hampton University, an historically black university in southeastern Virginia with nearly 5,000 students. Prior to his work at Hampton, he spent three years covering the media and entertainment industries at Bloomberg in New York, with his work appearing regularly on the company’s terminals, and inside Bloomberg BusinessWeek magazine. He appeared frequently on Bloomberg Television, providing commentary and insight into media industry news.

Formerly a senior editor at Forbes Magazine, Pulley authored many cover stories for the magazine on topics ranging from the legendary Hollywood studio Metro-Goldwyn-Mayer, to the entertainment giant, The Walt Disney Co. Prior to joining Forbes in 1999, Pulley spent five years at The New York Times, as a national correspondent, and as a local reporter covering politics and economic development. His work at The Times was nominated for a Pulitzer Prize. Pulley also spent five years as a correspondent at The Wall Street Journal, where he was based in Chicago and New York, covering the airline industry and national urban affairs.

Pulley has served as the president and chief executive officer of NewYork.com, an internet company dedicated to tourism and entertainment. In this role, he was responsible for a website that provided hotel and restaurant reservations, transportation services, tours, and tickets to concerts, Broadway shows and sports events.

Pulley has received numerous journalism awards, including two first place annual prizes from the National Association of Black Journalists. He has appeared frequently as a guest on television news programs, on networks such as CNN, CNBC and MSNBC, and on programs such as NBC’s “Dateline,” and CBS’s “48 Hours.”

A native of Washington, D.C., Pulley has a B.A. from Hampton University, and a M.S. in journalism from Northwestern University. He has been inducted into the Hall of Fame at Hampton’s Scripps Howard School, and into the Hall of Achievement at Northwestern’s Medill School. He currently serves on the board of 100 Reporters, a non-profit investigative journalism organization, and on the board of advisors at Medill. Mr. Pulley is the author of “The Billion Dollar BET” (John Wiley & Sons, April 2004). He lives in Atlanta with his wife, Stacey. They have two adult daughters.