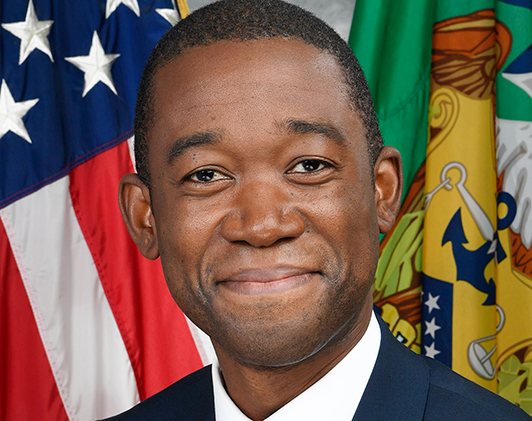 Wally Adeyemo was sworn in as Deputy Secretary of the Treasury on March 26, 2021.

He has spent the majority of his career in public service, convening governments, companies, and organizations to move together toward achieving common goals.

Adeyemo comes to the Treasury Department from the Obama Foundation, where he served as President beginning in August 2019. Before joining the Obama Foundation, Adeyemo served as a Senior Advisor at the Center for Strategic and International Studies and at Blackrock. He held a number of roles in public service before this. In the Obama-Biden Administration, Adeyemo served as Deputy National Security Adviser for International Economics and Deputy Director of the National Economic Council, where he worked as President Barack Obama’s Senior International Economic Advisor and was responsible for coordinating the policymaking process related to international finance, trade and investment, energy, and environmental issues. Adeyemo also served as President Obama’s representative to the G7 and G20. Adeyemo has also held several senior management positions at the U.S. Department of the Treasury, including Senior Advisor and Deputy Chief of Staff under Secretary Tim Geithner and Secretary Jack Lew, as well as chief negotiator for the Trans-Pacific Partnership’s provisions on macroeconomic policy.

In addition to his work on macro-economic policy, Adeyemo also served as the first Chief of Staff at the Consumer Financial Protection Bureau (CFPB). In that capacity, he helped to build the bureau’s initial executive leadership team and served as a member of the CFPB Executive Committee, helping to protect American consumers from unfair, deceptive, or abusive consumer financial practices.

Adeyemo was previously a member of the Aspen Strategy Group, which promotes widespread economic opportunity and the competitiveness of America. He also served on the boards of Demos, a New York-based think tank focused on social, political and economic equity issues, as well as on the Golden State Opportunity Foundation, which works to provide financial security to low-income working people throughout California; and Just Homes, a faith-based affordable housing initiative based in Washington, DC.

He holds a B.A. from the University of California at Berkeley and a J.D. from Yale Law School.