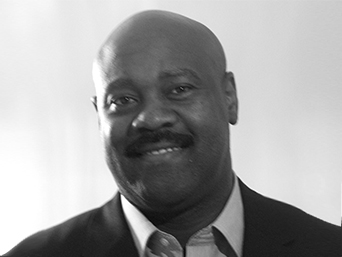 Native of Atlanta, Tim Birt was raised by Mattie Birt, a single mother living in Perry Homes, a public housingproject. Tim’s first business was launched at the age of 9 on early Saturday mornings collecting and disposingneighbors’ trash for twenty-five cents.  When he was 11, his mother passed away.   A chance meeting by BruceH. Dobbs of Merrill Lynch at Career Day, Tim’s outlook on entrepreneurship was shaped.  He went on to createother businesses within his community and Tim graduated from S. H. Archer High School where he was anotable scholar and an outstanding athlete. Tim’s oldest brother, Frank, taught him the skill and business ofpainting. Tim Birt Enterprises currently works in commercial and residential contracting including renovations,facility maintenance and management.  Mentored by the late Herman J. Russell, and his former Vice-President,Lanorris Nixon, Tim has elevated quickly to multi-million dollar projects.  Projects included developments led byH.J. Russell and Company, the build out of the temporary site of Operation Hope inside the historic EbenezerBaptist Church and the 60-million dollar development of New Birth Missionary Baptist Church.  Tim’s work hasbeen recognized by Bishop Eddie L. Long of New Birth for providing “an exceptional job of painting” and “hasraised the standard of facilities maintenance management.” He is also an avid servant within the community ashe has served as P.T.A. president at C.W. Hill Elementary School, Volunteer Youth Coordinator with PresidentJimmy Carter’s The Atlanta Project, was a Founder of Brothers for Unity which was supported by The 100 BlackMen of Atlanta and is a fifteen year Board member and past Chairman of the Advisory Council at the MetroRegional Youth Detention Center in Atlanta, GA. Tim currently serves as a Business Role Model for OperationHope.