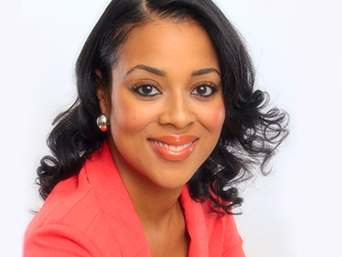 As the founding Executive Director of the City of Atlanta’s Women’s Entrepreneurship Initiative (WEI), Theia Smith’s passion lies in championing for equal access to economic self-sufficiency for women and girls, particularly those whose talent is often overlooked and under sourced. As the director of the only city-funded initiative of its kind in the nation, Theia was appointed to her position by Atlanta Mayor Kasim Reed to conceptualize, design and execute a rigorous solution to equalizing opportunities for entrepreneurial advancement for women business owners in Atlanta. Within the first six months of Theia’s leadership, WEI’s cumulative effect included attracting resource support from Goldman Sachs’ 10K Small Business initiative, equity involvement from Atlanta-based Access to Capital for Entrepreneurs, technology sponsorship from Microsoft and the convening of an advisory board comprised of some of the nation’s leading business influencers, including Carol Tome’, CFO of The Home Depot, as the board’s chairperson. Theia oversees the totality of services WEI offers including its incubator competition – a community-wide campaign to provide company-building, early stage women entrepreneurs with designated office space in a technologically-advanced incubator, designed to invigorate them with the resources, mentorship engagement and collaborative workspace critical to growing their businesses, at no cost to them, for a 15 month period. She works to galvanize synergistic support from the public, private and education communities, to amplify the initiative’s key objective of intersecting untapped opportunities in innovation and entrepreneurship with emerging women business owners for inclusion in the economic landscape of Atlanta and beyond.

Under Theia’s leadership, WEI has received recognition in several national and international reports from research-leading institutes on entrepreneurship and economic inclusion, including The Center for an Urban Future, Progress Cities, Digital Undivided, the Ewing Marion Kauffman Foundation and the Clinton Global Initiative. With an interest in international impact opportunities for women and girls via entrepreneurial education, Theia serves as the chairperson of the Empower54 Advisory Board – a global non-profit organization dedicated to providing critical humanitarian assistance to internally displaced women and girls in African refugee camps. She is also the chairperson of the Pivot Foundation philanthropic board – an effort of Pivot Magazine, to assist underemployed women of color with developing the skills and mentorship critical to gaining access to job growth and entrepreneurship.

Theia’s professional recognition includes being named one of Inc. Magazine’s ‘17 inspiring Women to Watch in 2017’ as well as one of ‘13 Successful Spelman Alumnae to Watch’ by Walker’s Legacy. She is the recipient of the 2016 Diversity Leadership Award by the Atlanta Chapter of the National Women in Transportation Committee, the 2016 Recipient of the Investing in Impact Award from the Center for Civic Innovation, as well as a 2016 nominee for the Leadership Character Award for the Robert K. Greenleaf Center for Servant Leadership.

Theia also serves on the executive committee of the Women In Construction Engineering and Related Services, as well as the boards of the Grady Health Foundation Ambassador Force, Georgia Institute of Technology’s Ivan Allen College of Liberal Arts Global Women’s Entrepreneurship Institute, Access to Capital for Entrepreneurs’ Women Investing in Successful Entrepreneurship (WISE) and the Invest Atlanta Seed Equity Initiative.

Theia is certified in business incubation management by the International Business Innovation Association (InBIA) – the world’s leading organization advancing business incubation and entrepreneurship. She is an alumna of Spelman College, with a Bachelor of Arts degree in English.