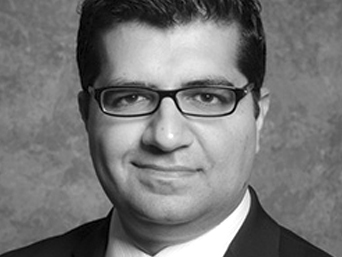 Sonny Hashmi is the Managing Director of Global Government Strategy at Box. In his role, Sonny is responsible for developing and executing a go-to Market strategy for Box within global public sectors, and represents Box as a cloud computing thought-leader in government. Used by over 45,000 companies with over 32 million users, Box is a leading cloud platform enabling highly secure, FedRAMP ready and HIPAA compliant content collaboration in the cloud.

Prior to joining Box, Sonny served as the Chief Information Officer (CIO) and the Chief Technology Officer (CTO) for the U.S. General Services Administration (GSA). Since joining GSA in 2011, Sonny managed the agency’s $600 million Information Technology (IT) budget and ensuring alignment with agency and the administration’s strategic objectives, information security and enterprise architecture. Sonny led several technology initiatives at GSA, that leveraged emerging technologies to modernize and improve GSA operations. He also provided oversight of GSA’s IT projects, implemented the digital government strategy and was a major force towards adoption of cloud for GSA’s email, collaboration and applications as well as creating agile practices for cloud development.

Prior to joining GSA, Sonny was the Deputy CIO for the District of Columbia, Office of the Chief Financial Officer. He championed and successfully delivered many initiatives including large system modernization projects, implementation of a District-wide business intelligence platform for agency financial management and oversaw business process automation. Sonny also worked for private sector organizations leading large scale initiatives for federal, state and local government agencies.

Sonny is active in the federal IT community. He received the 2013 Federal 100 award for Digital Government Innovation – as a “cloud expander.” Other awards include his team’s win of the 2011 GCN award for (Cloud) Enterprise E-mail and Collaboration, and as a finalist for the prestigious Samuel J. Hayman Service to America medal. Named as among the five most social federal CIOs on Twitter, he is actively engaged on social media and online federal IT communities of interest. You can follow Sonny on Twitter at @Sonny_h.