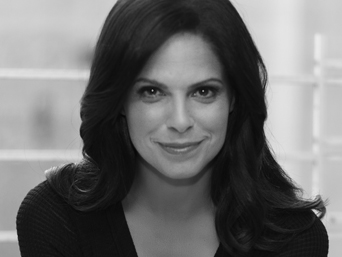 Soledad O’Brien is an award-winning journalist, documentarian, news anchor and producer. At the forefront of the biggest breaking news stories of the past two decades, O’Brien is one of the most sought-after journalists today. In June 2013, O’Brien launched Starfish Media Group, a multi-platform media production and distribution company, dedicated to uncovering and producing empowering stories that take a challenging look at the often divisive issues of race, class, wealth, poverty and opportunity, through personal narratives.

O’Brien was the originator of the highly successful documentary series for CNN, “Black in America” and “Latino in America,” which continues to be produced under Starfish Media Group (“SMG”). Through SMG, O’Brien contributes additional programming to CNN and Al Jazeera America in the form of documentaries and feature stories. She also hosts several specials for the National Geographic Channel. In 2013, through SMG, O’Brien entered into a multifaceted partnership with HBO, joining the “Real Sports with Bryant Gumbel” team, giving her the opportunity to contribute her brand of storytelling through the vast prism of sports.

Earlier in her career, O’Brien co-anchored “Weekend Today”, on NBC, and contributed segments to the “Today” show and “NBC Nightly News.” In 2003, O’Brien joined CNN, where she anchored the morning news program for many years. O’Brien’s coverage of race issues has won her two Emmy awards and she earned a third for her reporting on the 2012 presidential election. Her coverage of Hurricane Katrina for CNN earned her and the network a George Foster Peabody Award. She also won the Peabody for her coverage of the BP Gulf Coast Oil Spill, and her reporting on the Southeast Asia tsunami helped CNN win an Alfred I. DuPont Award.

O’Brien was named journalist of the year in 2010 by the National Association of Black Journalists and one of Newsweek magazine’s “10 People who Make America Great”, in 2006.

In 2013, Harvard University, her alma mater, named O’Brien a Distinguished Fellow. She was also appointed to the board of directors of the Foundation for the National Archives that same year.

In the wake of Hurricane Katrina, O’Brien and her husband, Brad, created the Soledad O’Brien & Brad Raymond Starfish Foundation to help disadvantaged young women get to and through college. This year, they will provide funding to 25 deserving young women.

O’Brien lives in Manhattan with her husband and four children.