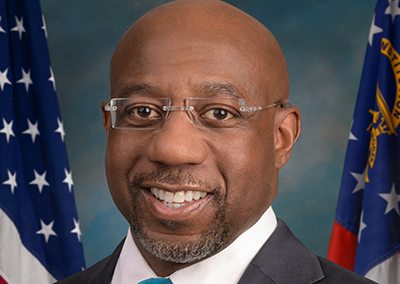 Senator Warnock is a proud graduate of Morehouse College; after graduating from Morehouse, he went onto earn a PhD and begin his career ordained in the ministry. For over 15 years, Senator Warnock has served as Senior Pastor at Ebenezer Baptist Church in Atlanta, the former pulpit of Reverend Dr. Martin Luther King, Jr. He is the youngest pastor selected to serve in that leadership role at the historic church.

Senator Warnock was elected as a Democrat to the United States Senate in the January 5, 2021, special election runoff for the term ending January 3, 2023, to fill the vacancy caused by the resignation of Johnny Isakson, a seat previously held by appointed Senator Kelly Loeffler. He took the oath of office on January 20, 2021.