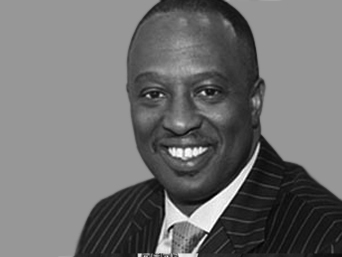 Ron Busby, Sr. is the President and CEO of the U.S. Black Chambers, Inc. and a native of Oakland, CA.

He is also a successful business owner with significant experience in the small business arena.  Recognized as one of the country’s best CEOs, he grew his first business, USA Super Clean, from $150,000 annual revenue to over $15 million per year.

While residing in Houston, Texas, he lead and served on many boards and committees.  Most notably, he was co-chair of the XL II Super Bowl Host Committee.   Other boards that he served on include the Arizona Governor’s African American Leadership Council, The Greater Phoenix Chamber of Commerce Board of Directors, the Bay Area Chapter of the 100 Black Men (he was president of this chapter), the Urban League and Kappa Alpha Psi Fraternity, Inc.

Busby graduated with honors from both Florida A&M University and Clark Atlanta University.  He is a major advocate and promoter of education; especially, the importance of higher learning. In his spare time, you can catch Ron golfing or spending time with his two sons.