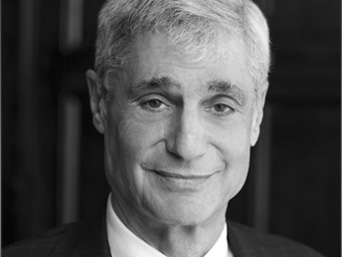 Mr. Rubin began his career in finance at Goldman, Sachs & Company in New York City in 1966. Mr. Rubin served as Vice-Chairman and Co-Chief Operating Officer from 1987-1990 and as Co-Senior Partner and Co-Chairman from 1990-1992. Before joining Goldman, he was an attorney at the firm of Cleary, Gottlieb, Steen & Hamilton in New York City from 1964-1966.

In January 1995, Mr. Rubin was appointed as our nation’s 70th Secretary of the Treasury. He served for 4-1/2 years until July 1999, where he was involved in balancing the federal budget; opening trade policy to further globalization; acting to stem financial crises in Mexico, Asia and Russia; helping to resolve the impasse over the public debt limit; and guiding sensible reforms at the Internal Revenue Service.

From 1999 to 2009, Mr. Rubin served as a member of the Board of Directors at Citigroup and as a senior advisor to the company. In that capacity, he worked extensively with the firm’s clients around the world.

Mr. Rubin is one of the founders of The Hamilton Project, an economic policy project housed at the Brookings Institution that offers a strategic vision and innovative policy proposals on how to create a growing economy that benefits more Americans.

Mr. Rubin is the author of In An Uncertain World: Tough Choices from Wall Street to Washington [Random House, 2003, with Jacob Weisberg], which was a New York Times bestseller as well as being named one of Business Week’s ten best business books of the year.

Mr. Rubin is Co-Chairman of the Council on Foreign Relations, a member of the Boards of Trustees at the Mount Sinai Health System, and Chairman of the Board of the Local Initiatives Support Corporation (LISC), which is the nation’s leading community development support organization with 38 offices nationwide. In June 2014, he completed a 12-year term as a member of the Harvard Corporation. Mr. Rubin joined Centerview Partners in 2010 as a senior counselor of the firm. In his role at Centerview, he serves as a sounding board and advisor to clients across the firm’s various activities, bringing years of experience in finance and public policy.