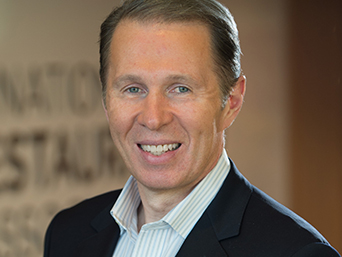 With the Educational Foundation, he leads the execution of a successful comprehensive fundraising program along with building awareness of the Foundation’s educational mission and philanthropic programs.

Immediately before joining the National Restaurant Association, Gifford served as the President and CEO of the Michigan Restaurant Association (MRA). During his 18-year tenure at the MRA, its revenues grew by over 500 percent, its membership more than doubled, and the MRA was voted one of the five most effective association lobbying organizations in Michigan. Because of his efforts, Gifford was presented with a Vision and Leadership Award by the organization.

Gifford also previously worked for the National Restaurant Association, serving for several years as a federal lobbyist for the organization. His 25+ years of advocacy and public policy experience began on Capitol Hill, where he worked for seven years in the office of Senator Robert Kasten (R-WI), serving as the Senator’s principal advisor on small business and health care issues.