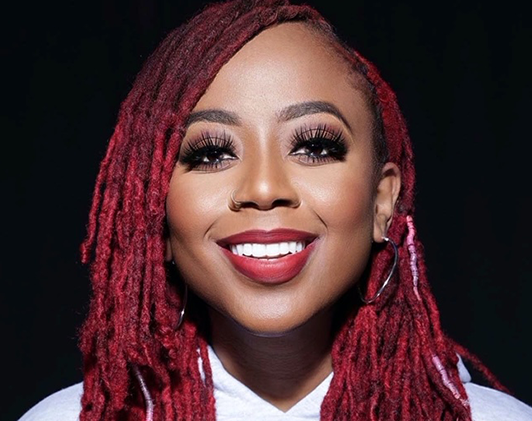 A trifecta of community, commerce and compassion, Pinky Cole is  a  serial  entrepreneur, brand strategist and founder & visionary of Bar  Vegan,  Slutty  Vegan  –  a  nationally acclaimed, Atlanta-based burger joint offering creative takes on plant-based burgers  with names like Sloppy Toppy, Fussy Hussy and One Night Stand – and The  Pinky  Cole Foundation. Born and raised in East Baltimore, Cole started her entrepreneurial journey early through creating business  plans  and  side-hustles  with  friends and family members during high school. She moved to Atlanta to attend Clark Atlanta University, and while she quickly became enamored with the city, she decided to pursue  acting  in  Los  Angeles  upon graduation and later worked as a successful television producer in New York City and Connecticut.

Defying the odds is in Pinky’s DNA. The daughter of Jamaican immigrants, Cole learned the value of hard work, serving the community and giving back from her mother, who worked four jobs to support their family and her father. Although he was sentenced to Federal Prison the  day she was born, Cole’s father provided business strategy guidance that’s instilled in her today from behind bars. One of his greatest lessons was to create your own opportunity.

Cole has been recognized by prestigious organizations all  over  the U.S., including being named to Restaurant Hospitality’s 2021 Power List, Forbes Next 1000,  Entrepreneur Magazine’s Top 100 Powerful Women in Business List, LA Wire Influential Women of 2020 and most  recently,  Atlanta  Business  Chronicle’s  40  Under 40 List and PETA’s 2021 Most Beautiful Vegan Celebrities List.