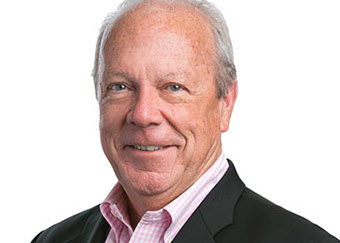 Philippe Bourguignon is vice chairman of Revolution Places, a company that is creating a new model for travel and tourism that promotes and encourages a healthy lifestyle, Philippe establishes consumer brands that reflect those values. In addition, he serves as executive co-chairman of Exclusive Resorts, a carefully vetted collection of more than 300 privately managed multimillion-dollar residences in iconic destinations paired with highly personalized and intuitive service. Revolution Places’ approach is to create unique, authentic experiences that can become treasured memories that last a lifetime — and build large businesses in the process.

Prior to joining Revolution Places, Philippe was co-chief executive officer of the Davos-based World Economic Forum in 2003 and 2004. Previously, as chairman and chief executive of Club Med, he was widely credited with a comprehensive turnaround of the company in 2000. The change included refocusing the brand, revamping operations and restoring competitiveness, implementing an innovative pricing policy, and completely overhauling the management culture.

Beginning in 1988, Philippe worked with Disney in several capacities, including as chairman and chief executive officer of Euro Disney, and executive vice president of Disney Europe. As the head of Euro Disney, he led a far-reaching corporate restructuring which restored the company on solid financial footing and achieved operating results far ahead of market expectations.

Previously Philippe spent 14 years with the Accor group, one of the largest hotel groups in the world. Initially serving as vice president of Development for Asia/Middle East and executive vice president of North America, he was eventually promoted to president of Accor for the Asia/Pacific region.

Today, Philippe sits on the board of two Revolution companies: Miraval, the highest rated spa-wellness resort in the US, and Vinfolio, the leading source of fine wines for wine enthusiasts. In addition, he is also an active member on the board of Neiman Marcus, and the global board of Operation Hope, a non-profit organization with a vision to eradicate poverty. He previously served as a member of the board of directors for Zipcar and spent 11-years on the board at eBay. He also sits on the Executive Committee of the World Trade & Tourism Council.

Philippe is also a co-founder of the Monthly Barometer. The Barometer is a subscription service that enables executives and leaders from around the world to anticipate and leverage emerging trends, using “contextual intelligence” methods to distill into one page the macro issues relevant to time-starved decision-makers. It has been in existence for more than five years and has a remarkably accurate track record.

In 2005, Philippe published his first book, Hop!, a revealing discussion on the paradoxes of the world and the French economy.

On a personal note — Philippe Bourguignon is married, and the father of two children. He is a man of many passions – a dedicated racer of yachts who, with Bruno Peyron, set a record in 1996 for crossing the English Channel.