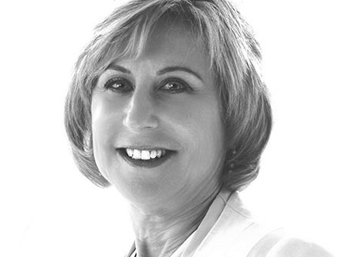 As president and trustee of The Arthur M. Blank Family Foundation, Penelope McPhee directs the Foundation’s strategic focus on fostering opportunities for children and youth and enhancing the quality of life in Atlanta and beyond.

Penny joined the Blank Family Foundation in 2004, from the John S. and James L. Knight Foundation in Miami, where she led the $1.8 billion foundation’s grant-making programs.

Before entering the field of philanthropy, Penny had a distinguished career as a television producer and author.  Her television programs have won five Emmys, as well as other prestigious awards.  For seven years she was on the staff of WPBT, Miami’s public broadcasting station, where she launched its cultural affairs department and served as executive producer of cultural programming.

She is also a noted author whose pictorial history of the civil rights movement, “Martin Luther King Jr. A Documentary: Montgomery to Memphis,” was recognized in 1980 as one of the “Best Books of the Decade” by the American Library Association.  Her 1986 book, “King Remembered,” received the New York State Martin Luther King Jr. Medal of Freedom.

In 2008, Penny was elected to the YWCA of Greater Atlanta’s Women of Achievement and selected by Business to Business magazine as a woman of achievement. She currently serves on the boards of the Metro Atlanta Chamber of Commerce, Voices for Georgia’s Children, the Atlanta Symphony Orchestra, the Woodruff Arts Center, the Atlanta Education Fund and the Atlanta Committee for Progress.  She is also a member of Mayor Kasim Reed’s Cities of Service Task Force.  She is a past board member of the Council on Foundations, the Southeastern Council of Foundations and past president of Grantmakers in the Arts, a national affinity group of arts funders.

Penny has a master’s degree from the Graduate School of Journalism at Columbia University, and was graduated with honors from Wellesley College, where she received her bachelor’s degree in English and theater arts.  She and her husband, Raymond H. McPhee, a retired film and television producer, have one daughter, Cameron Brook McPhee.