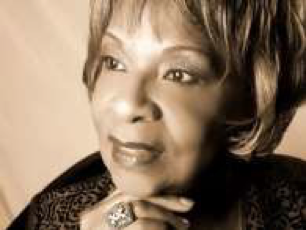 Norma Joy Barnes has a life-long legacy of service to humanity. A native of Atlanta, Georgia, Norma graduated from Boggs Academy (Keysville, Georgia) and received her Bachelor of Arts Degree in Sociology and Psychology from Clark College, Atlanta, Georgia. Her graduate studies include Georgia State University (Sociology) and Atlanta School of Law.

As a result of her concern about young black males, who she felt were facing seemingly insurmountable odds academically, vocationally, economically and personally, Norma retired from her position of Federal Mediator in 2008, and founded the Community Council of Metropolitan Atlanta, Inc., a 501 (c)(3) nonprofit organization and the Priority Male Institute, a life skills and job readiness program for young Black males, 18-28 years of age. Since 2008, Norma has worked tirelessly, without pay, contributing her time and her personal funds to provide empowerment workshops, a life-skills and job readiness institute, and other resources needed to run the unfunded programs. In eight years, over 3,000 persons have been served by the organization.

In 2016, Norma created two additional programs under the auspices of CCMA: the PROPEL program to provide Personalized Resources, Opportunities and Priorities to Empower the Lives of young black men, and the Priority Male Network to provide services and resources to young men through a collaborative network of local organizations. All services are free of charge to participants, and include assessments, counseling, mentoring, and priority consideration for employment.

Norma has received national and local recognition for her contributions to the welfare of mankind. As early as 1974, she received the National Volunteer of the Year Award from Joint Action in Community Service. Since that time, Norma received the Lifetime Non-Profit Trinity Award in 2013; was recognized as Atlanta’s Top 100 Black Women of Influence by the Atlanta Business League in 2015; and received the Outstanding Leadership Award from Miracles, Miracles and More Miracles on December 2, 2016. Norma has appeared on “A Woman’s Place” (AIB), Focus on Atlanta (WUPA), People 2 People (WSB), Atlanta Plugged In (CBS), The T.D. Jakes Show (BET), Religion Roundtable (AIB TV), Atlanta Live (WXIA), Potpourri (WCLK TV), At the Table (AIB TV), and others televised shows. Her work has also been featured in the Atlanta Journal Constitution, the Atlanta Voice, the Atlanta Daily World, Atlanta Inquirer, Common Ground News, and other media sources

Norma is an active member of Headland Heights United Methodist Church, where she serves as member of Pastor, Parish, Staff Relations and Lay Speaker. She is also a member of the Clark Atlanta University Guild, Delta Sigma Theta Sorority, and other civic organizations. A widow, Norma is the proud mother of one son, Reginald E. Arnold, and the grandmother of an eighteen year old grandson, Austin Miles Arnold.