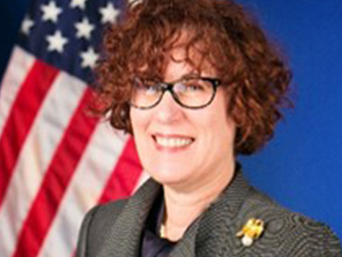 Ms. Bickel previously managed the Patents Ombudsman Program, which serves as a resource for patent applicants, agents, and attorneys. During 2012, Ms. Bickel served on a three-month detail to SelectUSA, a White House jobs creation initiative, where she assisted in formalizing their ombudsman program and its functions.

Ms. Bickel has also coordinated and conducted university outreach and partnership efforts for the United States Patent and Trademark Office since 2007. Prior to this assignment, Ms. Bickel served as Chief of Staff to the Commissioner for Patents from March 2006 through June 2007. As chief of Staff, she was responsible for oversight of the Office of the Commissioner for Patents, the independent inventor programs, and coordination of speaking requests and tours received by the patents organization. She also assisted the commissioner with his daily schedule and business area operations.

Prior to her role as chief of staff, Ms. Bickel was part of a team responsible for developing and implementing the USPTO Patent Training Academy, a program designed to train 1200 new patent examiners each year in an eight-month training program.

Ms. Bickel began her career at the USPTO in 1989 as a patent examiner in biotechnology, becoming a supervisory patent examiner in 1995. She has held numerous assignments including a detail to the Office of the Commissioner for Patents in 1997 and a work assignment beginning in 1998 in the Search and Information Resources Administration, where she was responsible for the training programs for examiners and technical support staff on the software tools available to employees, customer outreach on electronic filing initiatives, and the electronic business center that provides support to patent applicants who are filing electronically.

Throughout her career, Ms. Bickel has received numerous awards including the Department of Commerce Bronze Medal for examination and supervisory accomplishments; a Silver Medal for improvements in customer service, and the Vice Presidential Hammer Award for work in establishing a new customer outreach program in the biotechnology group.