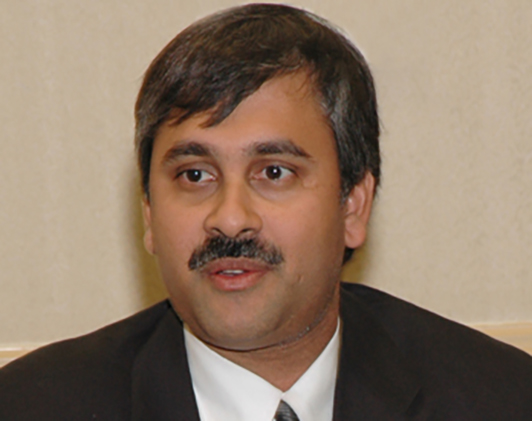 Mike Singh is a globally respected telecoms consultant and an investor in the Indus‐Americas Subsea Cable System (BRICS Cable) which is expected to solve the bandwidth constraints faced by the emerging markets of the Southern Hemisphere via the linkage of Asia, the Middle East, Africa & t The Americas.

Likewise, his private consulting work has included stints of service with Vodafone Group, Airtel, MTN, AWCC (Afghanistan) and other global carriers in developing their global growth strategy geared towards Latin America, Africa, Middle-East & Asia. He is also ranked in the Top 10% of global telecoms experts by the respected Gerson-Lehrman Group (GLG).

In November 2000, he was named to the prestigious Global Digital Divide Initiative of the World Economic Forum during the World Economic Forum’s India Economic Summit held in Delhi and served as Chair of the Strategy & Policy Committee at the said Global Digital Divide Initiative Meeting that established the ‘Shiksha India Education Programme’ that has since promoted the deployment of the internet into the most remote corners of the Indian subcontinent via the combined efforts of the Indian ICT Sector and many of the world’s leading technology market leaders including Microsoft, HP, Dell, IBM, Cisco, Google, NSN, ,Airtel, TCS, Infosys and many other key global technology pioneers.

He is also a globally recognised thought leader and a regular presenter on issues of relevance to the global ICT sector with a special focus on mobile-convergent communications growth in the emerging markets of Latin America & the Caribbean, Middle East, Africa & Asia. He is highly sought after for his expertise by such global industry leaders as CNN International, BBC, Deutsche Welle, CBC, Al-Jazeera, The Financial Times, Fortune & Bloomberg. To date, his global speaking engagements have taken him afar as The UAE, Senegal, Rwanda, South Africa, Russia, Kazakhstan, Afghanistan, China, India, Malaysia, Singapore, Taiwan, Japan, South Korea, Brazil, Argentina, Chile, Peru, Colombia, Panama, Costa Rica, Guatemala, France, Spain, Germany and of course throughout the Caribbean Basin. In 2008, 2010 and 2017 , he was the only invitee from the Caribbean Basin to have participated in and also addressed the prestigious FORTUNE GLOBAL FORUM held in India, South Africa and China respectively.

In addition, he is a visiting fellow at The Nanyang Technological University in Singapore, The SP Jain Graduate School of Business (Dubai), University of the Western Cape (South Africa) and is a Distinguished Fellow at the Jindal School of Int’l Affairs, India. He also serves as the Chairman of the IPv6 Council for Latin America & the Caribbean, Vice Chairman of the Steering Committee for the BRICS Cable Consortium, The Advisory Board of The Smart Cities Council and the Global Advisory Board of “Start-Up Village India” based in Kerala, India. Start Up Village is India’s Silicon Valley and is the nerve centre of India’s R&D. He was born in Guyana where he received his early education. He later finished his high school education in Great Britain and thereafter completed his undergraduate and graduate studies in Canada and Great Britain respectively.

Mr. Singh is zealously committed to ensuring that the issue of inadequate bandwidth supply within Latin America, Africa, the Middle East & South Asia is not ignored and that both the state and the private sector do jointly address the serious pitfalls that lie ahead for emerging economies in the Southern Hemisphere as globalisation makes its presence felt especially in the convergent communications arena. He is also a regular contributor on topics of Latin America & Caribbean trade, business and economic development.