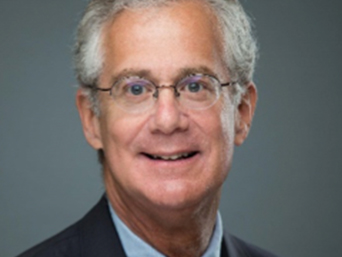 Michael Morris, JD is the founder and Executive Director of the National Disability Institute. He is a former legal counsel to the US Senate Subcommittee on Disability Policy and is a key architect of the ABLE Act. He serves as a subject matter expert on financial inclusion and poverty reduction concerning people with disabilities to the FDIC, IRS, Federal Reserve Bank of Atlanta, National Council on Disability and multiple state ABLE programs. He was the first Kennedy Foundation Public Policy Fellow and worked in the office of Senator Lowell Weicker (CT).
Mr. Morris is the co-founder of the Real Economic Impact Tour and Network which, since 2005, has assisted more than 2 million low-income individuals with disabilities access the Earned Income Tax Credit and receive more than $1.8 billion dollars in tax refunds. He received his undergraduate degree in political science with honors from Case Western Reserve University in Cleveland, Ohio, and his law degree from Emory University School of Law in Atlanta, Georgia.
Mr. Morris co-authored two publications for the National Council on Disability: The State of 21st Century Long Term Services and Supports: Financing and Systems Reform for American with Disabilities (2005), and The State of 21st Century Financial Incentives for Americans with Disabilities (2008). He is co-author of Tax Credits and Asset Accumulation: Findings from the 2004 NOD Harris Survey of Americans with Disabilities published in Disabilities Studies Quarterly (2005), which reported on research findings from the inaugural Disability and Rehabilitation Research Projects (DRRP) on Asset Accumulation. In 2014, he co-authored the National Report on the Financial Capability of Adults with Disabilities, based on data analyzed from the FINRA Financial Investment Education Foundation. In 2015, he co-authored the report Banking Status and Financial Behaviors of Adults with Disabilities, based on data analyzed from the FDIC’s National Survey of Unbanked and Underbanked Households.
In 2016, Mr. Morris helped establish the ABLE National Resource Center, a collaborative of 25 of the leading national nonprofit disability organizations. The Center’s website is the leading independent source of information about state ABLE programs and is on pace in 2017 to have one million visitors (www.ablenrc.org). He is the author of a monthly blog on the Huffington Post with a large national audience that presents a unique perspective on disability in America.

National Disability Institute (NDI), since its establishment 12 years ago, has emerged as one of the leading national nonprofit organizations dedicated to advancing financial inclusion and economic self-sufficiency for individuals across the spectrum of disabilities and their families (www.realeconomicimpact.org). The majority of NDI staff and Board of Directors have personal experience with disabilities as individuals, siblings, and parents. With public funders (US Departments of Labor, Education, Health and Human Services, and Social Security Administration) and private support (JPMorgan Chase, Bank of America, Wells Fargo, Citibank, TDBank, Walmart Foundation), NDI is implementing over 20 projects at national, state, and local levels that are improving financial capability and independence with partnerships between the disability and financial communities.