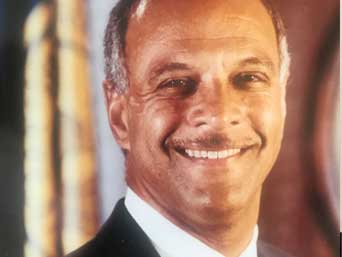 Mayor Bill Campbell became the 57th Mayor of Atlanta and the city’s third African-American mayor in a landslide victory in 1993. Under his leadership, the city leveraged the Olympic legacy into tangible benefits for the people of Atlanta. During his second term, Mayor Campbell’s vision of a New Atlanta for the 21st Century drove the city’s remarkable revitalization. He forged innovative partnerships with the private and public sectors to empower communities with new tools and hope for the future. For the first time in thirty years, people and businesses moved back into the city. His proactive community-policing programs resulted in double-digit decreases in every category of crime.

Some of Atlanta’s most dramatic progress occurred in the area of housing. Mayor Campbell brought in new leadership at the Atlanta Housing Authority and forged a partnership with the U.S. Department of Housing and Urban Development (HUD). Nearly every unit of public housing underwent renovation, and the city’s once troubled public housing system emerged as a model for other cities in the United States. The Campbell Administration, created with HUD and Fannie Mae, also created homeownership programs to attract homeowners into the city through affordable mortgages and down payment assistance.

After taking office, the Mayor took Atlanta’s legendary commitment by providing equal opportunity for minorities and women. His leadership resulted in increased participation by minority and female firms at all levels. Looking toward the 21st century, Mayor Campbell set his sights on positioning Atlanta as one of America’s leading technology cities. He was a forceful advocate for bridging the digital divide between rich and poor ensuring that all of Atlanta’s children have the skills to compete in the new millennium.

Since retiring from the City of Atlanta, Bill has continued his love of public service as a political consultant, and is a sought after speaker at churches, political functions, motivational workshops and leadership forums. He currently works for an investment banking firm.