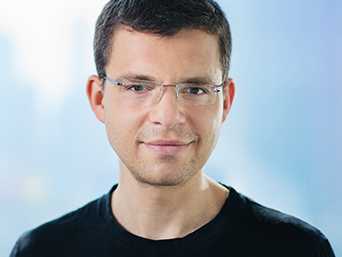 Max Levchin is the founder and CEO of Affirm, a financial services technology company that is reimagining consumer credit and banking; chairman of Glow, a women’s reproductive and sexual health company; cofounder and general partner of SciFi VC. All three companies were created and launched from his San Francisco based innovation and investment lab, HVF (Hard, Valuable, Fun). Max was one of the original cofounders of PayPal where he served as the CTO until its acquisition by Ebay in 2002. That same year, he was named to the Technology Review TR100 as one of the top 100 innovators in the world as well as Innovator of the Year. In 2004, he helped start Yelp, where he was the first investor in and Chairman of the Board from 2004 until 2015. He has also served on the boards of Yahoo! and Evernote and was appointed to the Consumer Advisory Board of the U.S. Consumer Financial Protection Bureau in 2015. He was also an executive producer for the 2006 comedy-drama film, “Thank You For Not Smoking”. Max is a serial entrepreneur, computer scientist, philanthropist and active investor in more than 100 startups.