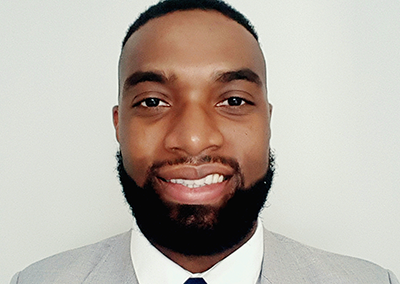 Lorenzo “Zo” Amani is a policy advisor in the Office of Consumer Policy at the U.S. Treasury Department. Prior to joining the Treasury Department, Mr. Amani served as a consumer compliance bank examiner at the Federal Reserve Bank of Boston. Previously, he worked as the community reinvestment act (CRA) coordinator at the National Community Reinvestment Coalition (NCRC), and analyst at the Board of Governors of the Federal Reserve System.

Mr. Amani is ABD status for his Ph.D. in public administration and public affairs at Virginia Tech. In addition to his doctoral studies, he earned bachelor’s degrees in consumer studies and sociology from Virginia Tech in 2012, a master’s degree in higher and post-secondary education from Arizona State University in 2014, and a graduate certificate in economic development from Virginia Tech in 2020.

Mr. Amani volunteered as a financial literacy and economics education instructor at the Federal Reserve and served as an academic coach and mentor at Virginia Tech and Arizona State University. In addition, he served on the Board of Visitors at Virginia Tech and Board of Directors for the National Forum for Black Public Administrators (NFBPA).