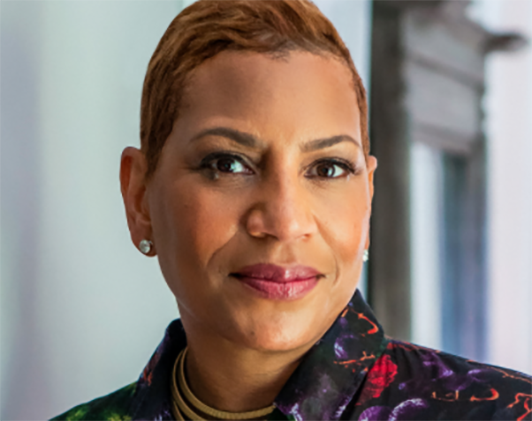 Lisa Osborne Ross is a pragmatic yet innovative problem solver with over 30 years of experience as an in-demand communications, public affairs, and crisis management counselor to heads of state, senior executives at Fortune 500 companies, and higher education institutions.  Ms. Ross serves as the Chief Executive Officer for Edelman U.S., the world’s leading PR firm. In addition to her role as CEO of Edelman’s largest global division, she is a leading client counselor, specializing in social purpose, corporate and public affairs, and DE&I initiatives.  Throughout 2020 and 2021, she has played a key role in spearheading Edelman’s research agenda in the U.S. to guide corporate leaders on the evolving social issues landscape and was instrumental in creating Edelman’s Covid-19 and Racial Justice Task Forces.  Ms. Ross previously served as U.S. Chief Operating Officer and before that led Edelman’s Washington D.C. office as President.

Immediately prior to Edelman, Ms. Ross was the Managing Director of APCO Worldwide’s flagship office during a financial restructure and aggressive expansion efforts. Before joining APCO, she had a 15-year career at Ogilvy Public Relations. Over her tenure at Ogilvy, Ms. Ross held several titles, including Founder of the Multicultural Practice, Head of the Public Advocacy Group and Practice, and Head of the Public Affairs Division. She began her counseling career at FleishmanHillard, where she also co-founded the FleishmanHillard Howard University scholarship fund to increase diversity within the agency and the industry writ large.

Ms. Ross’s career has spanned leading roles in the public and private sectors and has always maintained a sharp focus on supporting the American workforce. Ms. Ross served in the Clinton Administration, where she was the Communications Director for the Department of Labor’s effort to create and promote high-performance workplaces. She also served as the Deputy Director of the bipartisan Federal Glass Ceiling Commission and was a member of the inaugural team of the White House Office of Women’s Initiatives and Outreach.

Ms. Ross has served on several boards and commissions, including Georgetown Visitation Preparatory School Board of Trustees, Marquette University Centennial Celebration of Women, LeMoyne College School of Communications, Catholic Charities of America. In addition, she serves on the board of the Congressional Black Caucus Foundation, PRSA Foundation, the Washington Jesuit Academy and Meridian International Center. She is a member of the Awareness Leadership Council for the Capital Area Food Bank, of the the Diverse Leadership Group for the Ad Council and of the Alpha Kappa Alpha Sorority. She is a co-founder and former executive director of the Washington Area Women’s Foundation, which has awarded nearly $11 million in grants to more than 170 community-based organizations in the D.C. region, helping women increase their financial assets and income by more than $45 million.