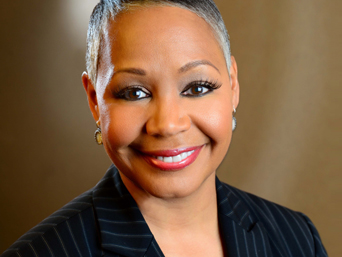 Lisa Borders has more than 25 years of experience in operations, marketing, government relations and public service. As President of the Women’s National Basketball Association (WNBA), Borders is responsible for setting the vision for the WNBA and overseeing all of the league’s day-to-day business and basketball operations.

Borders has worked and delivered results in all three sectors: public, private and non-profit. Prior to joining the WNBA in 2016, she served as Vice President, Global Community Affairs at The Coca-Cola Company and Chair of The Coca-Cola Foundation.

Borders was instrumental in bringing the WNBA to Atlanta in 2008, when she served as Vice Mayor of Atlanta and President of the City Council. In that role, Borders was responsible for managing the legislative branch of government and maintaining the relationship with the Mayor’s office during Mayor Shirley Franklin’s administration. She was also President of the Grady Health Foundation, the fundraising arm of Grady Health System, Georgia’s largest public hospital and metro-Atlanta’s premier level I trauma center.

Previously, Borders served as Senior Vice President of Marketing and External Affairs with Cousins Properties Incorporated, an Atlanta-based Real Estate Investment Trust (REIT), as well as President of the Cousins Properties Foundation. Prior to joining Cousins, Borders worked for more than 15 years as a senior health care administrator and operations executive, where she formulated successful long-term operational strategies, financial plans and budget objectives to ensure the organizations met their goals and operated efficiently.

Borders’ work in the community has focused primarily on family issues in the areas of education, healthcare and housing. She serves as a trustee of Duke University and The Westminster Schools, and she is a board member of Atlanta Women’s Foundation, Grady Health System, and Operation Hope. As a co-founder of No Labels, Borders remains deeply engaged with public policy. She has received numerous honors and consistent recognition for her corporate and civic work.

Borders holds a bachelor’s degree from Duke University and a master’s of science in health administration from the University of Colorado.