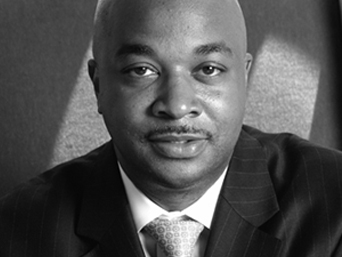 The Honorable Kwanza Hall is beginning his third term on the Atlanta City Council. He represents District 2, the heart of Atlanta and the city’s most diverse council district. Its neighborhoods include Midtown, Downtown, Inman Park, Poncey Highland, Candler Park, and the Old Fourth Ward.

Hall has been recognized for his leadership in many arenas. In 2013, the W.K. Kellogg Foundation recognized his “Year of Boulevard” initiative to improve public safety and expand opportunities for families along District 2’s Boulevard corridor. In 2012, Georgia State University honored him with the Pioneer Award, its highest recognition for leadership promoting arts and culture in downtown Atlanta. In 2011, Atlanta’s Park Pride honored Hall for governmental leadership in parks and greenspace advocacy; he was voted by an independent media panel as one of the 100 Most Influential Atlantans; and Atlanta’s American Institute of Architects chapter created the Kwanza Hall Award for civic leadership in architectural design. In 2009, Creative Loafing named him Atlanta’s “Best Local Political Figure.” In 2008, he was named one of Georgia Trend magazine’s “40 Under 40.”

Prior to his election to the Atlanta City Council, Hall served on the Atlanta Board of Education. An Atlanta native, he was raised in southwest Atlanta. He is an alumnus of Benjamin E. Mays High School and attended the Massachusetts Institute of Technology.

Hall, a private business developer, lives in the Martin Luther King Jr. Historic District with his wife Natalie Hall. They are the proud parents of two sons.