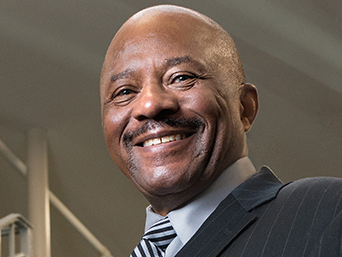 Kenneth Dobson is an experienced and highly accomplished urbanregional economic development professional. His diverse career has involved strategic applications in the convergence and integration of many critical competitiveness functions required to achieve sustainable 21st century jobs, fiscal and economic growth. His innovative body of work has mostly been on the cutting-edge and functional intersection of national and international; urban, neighborhood and regional; high growth and low-growth industries and geographic areas; public, private and educational institution partnerships; mega-scale to mini-scale transactions; workforce development and workforce technology preparedness; and technology-based and sustainable economic development –driven practices.

Mr. Dobson has over 30 years of local economic development experience in large and small cities, counties and regions throughout America with significant international engagements in trade, educational and consulting relationships abroad.

He currently serves as Economic Development Administrator/Redevelopment Manager for SelectFulton and served as Director of the Fulton County Economic Development Division since April 2012. He has been responsible for originating, directing and/or supporting several significant revenue-generating economic development programs and projects for the largest county in the state of Georgia. He works interactively with the 14 diverse urbanregional cities and unincorporated areas in efforts to facilitate sustainable economic and fiscal growth of the tax base for all in Fulton County.

The unique blend of his professional skillset has evolved from his work in the public, private, academic and not-for-profit sectors; large and small cities and counties; metropolitan areas and regions; and jurisdictional levels of economic/fiscal growth and decline throughout the nation. He is highly published; has served on several community and economic development related boards of directors and advisory committees, including the International Economic Development Council (IEDC), amongst several others; participated in several private consulting engagements; and has been frequently called upon to give professional testimonies, speeches, presentations, advice and counsel on various aspects of his body of work.