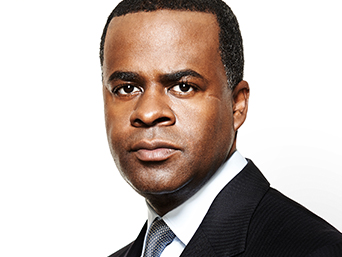 Kasim Reed was inaugurated as the 59th Mayor of the City of Atlanta on January 4, 2010. Since taking office, Mayor Reed has hired more than 200 police officers, improved fire-rescue response times, re-opened all of the city’s recreation centers, and improved the service delivery of city departments such as Sanitation and Public Works. During his first year in office, he increased the city’s reserves from $7.4 to $56 million dollars and initiated a series of reforms to address the city’s unfunded pension fund liability.

Prior to his election, Mayor Reed established a track record of leadership during his 11 years as a member of the Georgia General Assembly. He was first elected in 1998 as a State Representative and served two terms. From 2002-2009, he served in the Georgia State Senate, where he was Vice Chairman of the Senate Democratic Caucus.

Mayor Reed is Chairman of the Transportation and Communications Committee of the U.S. Conference of Mayors and Chairman of the Regional Transit Committee of the Atlanta Regional Commission. He is a member of the Leadership Georgia Class of 2000 and Leadership Atlanta Class of 1998, and was named to the Aspen Institute-Rodel Fellowship Class of 2007. Mayor Reed is also a former Board Member of both the National Black Arts Festival and Metropolitan Atlanta Arts Fund.

Mayor Reed’s civic leadership and service have been nationally recognized on programs such as Meet the Press, The Charlie Rose Show, John King U.S.A., and Andrea Mitchell Reports. He has been featured in publications including The New York Times, The Wall Street Journal, The Atlanta Journal-Constitution, The Washington Post, Ebonyand Black Enterprise.

Mayor Reed grew up in the Cascade community of Atlanta, where he attended Utoy Springs Elementary School and Westwood High School (now Westlake High School). He is a graduate of Howard University, where he received his Bachelor of Arts and Juris Doctor degrees. He received an honorary Doctor of Laws degree from his alma mater in March 2011. Mayor Reed also is a former partner of Holland and Knight LLP, an international law firm with offices in Atlanta.