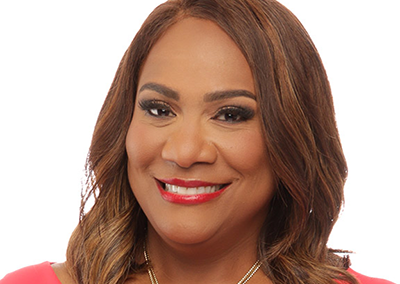 Karyn Greer has been part of the WSB-TV Family since September 2022 and anchors Channel 2 Action News at 5 p.m. Greer has served as an anchor and investigative reporter in the Atlanta market for more than 30 years. She has a history of hands-on community involvement and can be seen hosting breast cancer, Alzheimer’s and other fundraising events all over Georgia. Greer is the past president of the Atlanta Press Club and currently serves on the Board of Governors for the National Academy of Television, Arts & Sciences. She is the recipient of 10 Southeast Emmy awards, two awards from the Atlanta Association of Black Journalists and a Salute to Excellence award from the National Association of Black Journalists. Greer is a member of the Magnolia chapter of The Links Inc, a charter member of the Greater North Atlanta Chapter of Jack and Jill of America Inc., on the board of Pebble Tossers Inc., and a member of Alpha Kappa Alpha Sorority Inc. to name just a few. Throughout her career Greer has been the recipient of numerous awards honoring both her professional work and community contributions. She has consistently been named one of Atlanta’s 100 Women of Influence by the Atlanta Business League and featured as a powerhouse in Who’s Who in Black Atlanta.