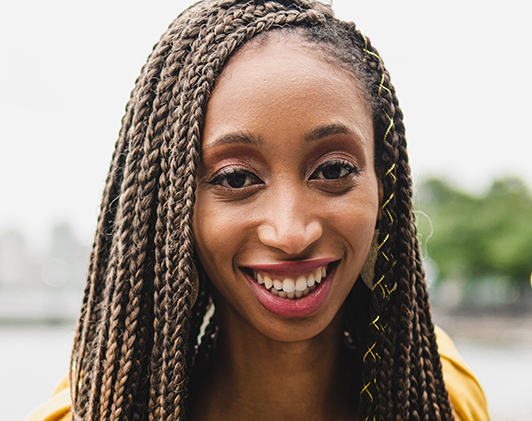 Jordyn Holman is a business reporter at Bloomberg News and Bloomberg Businessweek, where she writes about the changing world of commerce and covers largest retailers in the U.S., including Macy’s, Home Depot and the Gap. She also writes about how Corporate America addresses pressing issues of race, class and gender within its vast workforces and reports for The Pay Check, Bloomberg’s award-winning podcast on the racial wealth gap and gender pay gap.

Jordyn makes frequent broadcast appearances, including on Bloomberg TV, Quicktake and Bloomberg Radio. She’s a contributor to Marketplace, the business radio program hosted by Kai Ryssdal and has appeared on MSNBC, NPR and PBS NewsHour to discuss her reporting. The Chicago native received Bachelor in Arts in Print and Digital Journalism from the University of Southern California. She has received industry honors from the Society of American Business Editors and Writers, National Association of Black Journalists, the Los Angeles Press Club and the Greater Los Angeles Chapter of Society Professional Journalists. She is based in Atlanta.