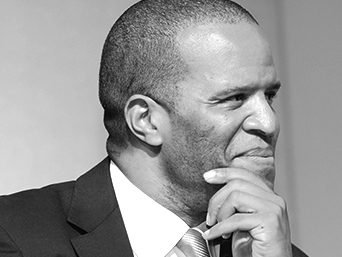 Bryant is the founder, chairman, and chief executive officer of Operation HOPE, Inc.; chairman and chief executive officer of Bryant Group Ventures, and co-founder of Global Dignity. He currently serves on the U.S. President’s Advisory Council on Financial Capability for Young Americans. His work has been recognized by the last five U.S. presidents, and he has served as an advisor to the last three sitting U.S. presidents.

A member of the founding class of The Forum of Young Global Leaders, and founding member of Clinton Global Initiative, Bryant is a LinkedIn Influencer, contributor to Huffington Post and Black Enterprise, and a member of the World Economic Forum Expert Network. His Facebook Live “Silver Rights” Series has received millions of views, and serves as an engaging platform to foster essential discussion in the digital space around financial inclusion and social uplift. He has received over 500 notable awards and citations for his work, including, Oprah Winfrey’s Use Your Life Award, and recognition as one of Time magazine’s “50 Leaders for the Future,” in 1994.

Bryant is the author of bestsellers How the Poor Can Save Capitalism: Rebuilding the Path to the Middle Class (Barrett-Koehler), and LOVE LEADERSHIP: The New Way to Lead in a Fear-Based World (Jossey-Bass). He is one of the only bestselling authors on economics in the world today who happens to also be African-American.