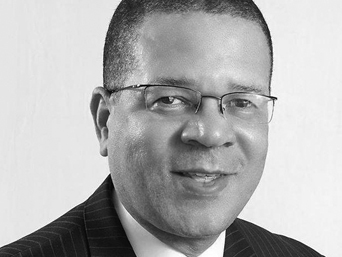 Chairman,
Fulton County Board of Commissioners

In November, 2014, Dr. John Eaves was elected to his third four-year term as Chairman of the Fulton County Commission receiving 63 percent of the popular vote. Since 2007, he has led the state’s most populous and dynamic county, home to nearly one million residents and 14 municipalities including Georgia’s capitol city of Atlanta.

John’s distinguished career encompasses the academic and educational worlds, community service and business leadership, both domestically and abroad. His passion for connecting Georgia businesses and entrepreneurs with opportunities abroad is borne out by his efforts to leverage metro Atlanta’s dynamic global  economy and standing as the home of the world’s busiest airport.

Chairman Eaves is an international specialist who has visited and met with citizens of more than 50 nations around the globe. He received the American Marshall Plan Memorial Fellowship-German Marshall Fund and two Fulbright scholarships. John is also a former National Director of the NCAA (National Collegiate Athletic   Association) Volunteer for Youth Program, an administrator at Post College in Connecticut and at Davidson College in North Carolina.

Before entering politics, John’s career took him through the halls of academia and to a post as the Southeast Regional Director of the Peace Corps for seven years, where he helped bring educational and healthcare assistance to the people of South Africa, Sierra Leone, Paraguay, Jamaica, Haiti, and the Dominican Republic. Most recently, John Eaves worked in partnership with the West African nation of Cote d’Ivoire (Ivory Coast) and the Brazilian state of Bahia to structure bilateral cooperative agreements in economic development, healthcare, education, the arts and human rights between Fulton County and each of the those governmental entities. As Commission Chairman, Eaves has concentrated on business growth and the economic recovery, re-instating a previous program as the Fulton County Economic Development Division to create jobs, retain and attract businesses from North Atlanta to South Fulton.

He also devised joint commissions between Fulton and DeKalb Counties on Transportation, Housing and Healthcare –key areas of investment and innovation for bolstering metro Atlanta’s bright future. A prudent steward of county resources, he has championed the Fulton County Budget Commission, applying efficient operations and fiduciary accountability to grow the county’s reserves.

Chairman Eaves firmly believes that education is integral to the betterment of all Georgians. His commitment to academic excellence is reflected in his longstanding support of the START Program, which  encourages academic achievement and high school graduation, and the Fulton County Youth Commission, which under Eaves’ leadership established the Global Youth Leadership Program. An unwavering advocate of active lifestyles and preventative healthcare, Eaves has been a champion for the Grady Hospital System and fought to ensure adequate annual funding.

Chairman Eaves is a 1984 graduate of Morehouse College, on whose football team he was a 4-year letterman and a senior year captain. He earned a Master’s Degree in Religion from Yale University, and obtained his Ph.D. in Educational Administration from the University of South Carolina. When he isn’t working for Fulton County, John stays busy as an Executive Consultant with TalentQuest. John resides in Atlanta and is the devoted father of two children; Isaac and Keturah.