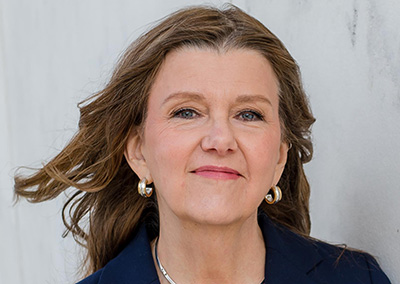 Jo Ann Barefoot is CEO & Founder of AIR – the Alliance for Innovative Regulation, Cofounder of Hummingbird Regtech, and host of the podcast show Barefoot Innovation. A noted advocate of “regulation innovation,” Jo Ann is Senior Fellow Emerita at the Harvard Kennedy School Center for Business & Government. She has been Deputy Comptroller of the Currency, partner at KPMG, Co-Chairman of Treliant Risk Advisors, and staff member at the U.S. Senate Banking Committee. She’s an angel investor, serves on the board of Oportun, serves on the fintech advisory committee for FINRA, is a member of the Milken Institute U.S. FinTech Advisory Committee, and is a member of the California Blockchain Working Group Advisory Board. Jo Ann chairs the board of directors of FinRegLab, previously chaired the board of the Financial Health Network, and previously served on the CFPB’s Consumer Advisory Board. In 2020 Jo Ann was inducted into the Fintech Hall of Fame by CB Insights.

My work centers on convergence, the places where disparate currents flow together and form something new. At Barefoot Innovation Group, we are finding better solutions for financial consumers at the confluence of technology, markets, demographics, cultures, science, the arts, global poverty reduction, and, crucially, regulation. As part of this search we discovered the need for my new nonprofit, AIR – the Alliance for Innovative Regulation. Transformation is coming — Fintech, Regtech, and “regulation innovation.” Here are some of the connections I’ve put together in my life. I am:

I love adventure and challenge. I’ve raised three amazing kids. I’ve fly-fished on five continents. I’ve searched for wolves in the Arctic. I’ve crisscrossed Alaska in small planes. I’ve been charged by an Alaska brown bear. I’ve been in a sinking boat in the dark on a lake in Chile. I’ve worked in leprosy villages in India. I’ve run a marathon. I’ve started several businesses. I’ve written two novels — my creative writing has won national recognition. I once spent four days and three nights on a mountain, solo, with no tent, fasting. I’ve faced 130 degree heat and minus 40 cold. I’ve lived in the inner city and been a crime victim multiple times. My home is now on a mountain in the southwest with the wild creatures including, once, a thousand elk. I’ve traveled a mountain road alone under a full moon with a herd of wild horses. I am (for my age) a fearless early adopter of technology. I love artists and rebels and inventors and unconventional people. I’ve beaten polio and cancer. I know technology has saved my life. It’s an eclectic mix. Convergences everywhere, filled with discovery. Current non-profit affiliations: Center for Financial Services Innovation The Nature Conservancy Hiram College