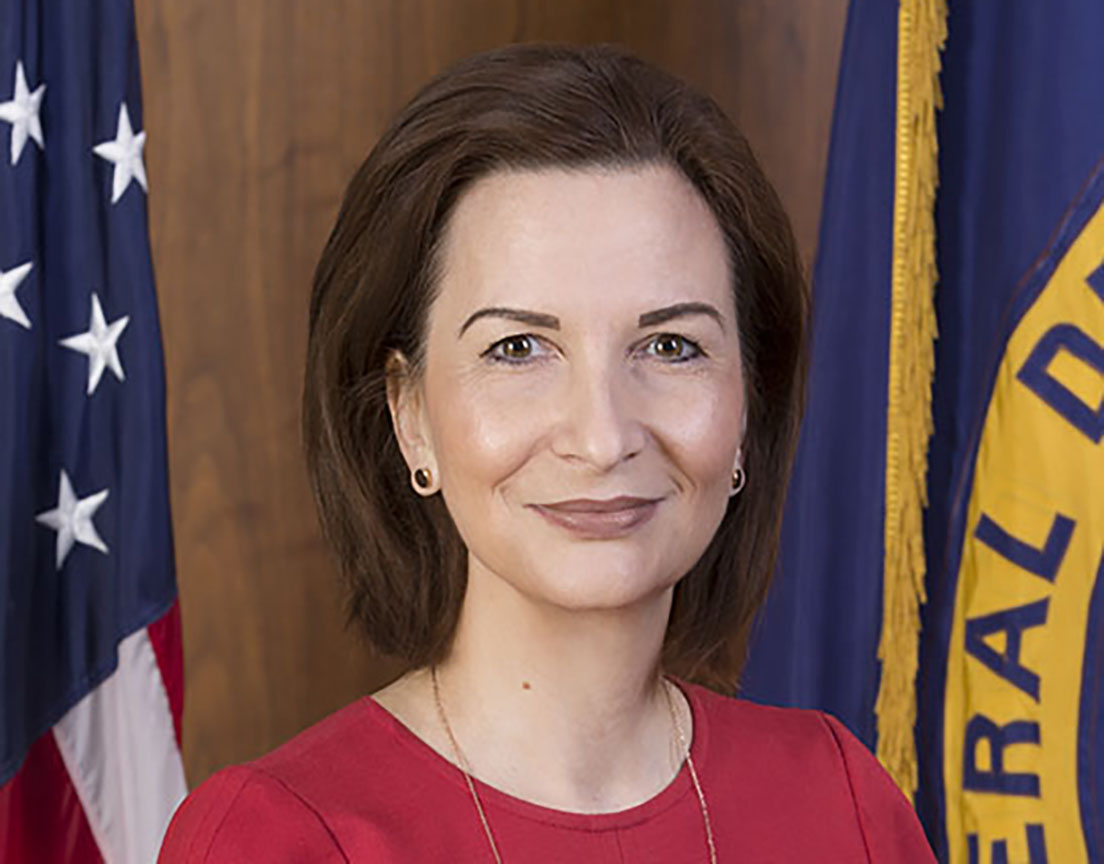 Chairman of the Board, FDIC

Jelena McWilliams was sworn in as the 21st Chairman of the FDIC on June 5, 2018. She serves a six-year term on the FDIC Board of Directors, and is designated as Chairman for a term of five years.
Ms. McWilliams was Executive Vice President, Chief Legal Officer, and Corporate Secretary for Fifth Third Bank in Cincinnati, Ohio. At Fifth Third Bank she served as a member of the executive management team and numerous bank committees including: Management Compliance, Enterprise Risk, Risk and Compliance, Operational Risk, Enterprise Marketing, and Regulatory Change.

Prior to joining Fifth Third Bank, Ms. McWilliams worked in the U.S. Senate for six years, most recently as Chief Counsel and Deputy Staff Director with the Senate Committee on Banking, Housing and Urban Affairs, and previously as Assistant Chief Counsel with the Senate Small Business and Entrepreneurship Committee.

From 2007 to 2010, Ms. McWilliams served as an attorney at the Federal Reserve Board of Governors, where she drafted consumer protection regulations, reviewed and analyzed comment letters on regulatory proposals, and responded to consumer complaints.

Ms. McWilliams graduated with highest honors from the University of California at Berkeley with a B.S. in political science, and earned her law degree from U.C. Berkeley School of Law.