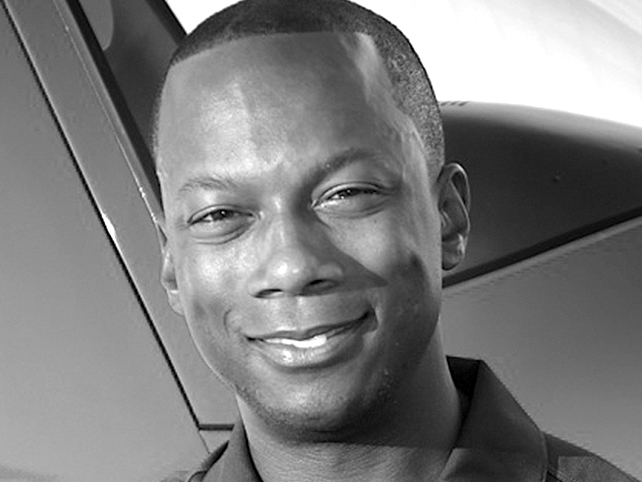 A World Economic Forum’s Young Global Leader, a History Maker in the Making for MSNBC (2010), Experienced Aerobatic Pilot, and in demand public speaker, Jamail Larkins is an entrepreneur, the founder and Chief Executive Officer of two successful companies, and the first Ambassador for Aviation & Space Education for the U.S. Department of Transportation’s Federal Aviation Administration.

Through his work with the FAA, ERAU and numerous other organizations, Jamail has had the opportunity to give speeches beside notables like Chuck Yeager, Harrison Ford, and Cliff Robertson. He has flown with the Navy’s prestigious Blue Angels, been featured in the Franklin Institute, been named the #1 Entrepreneur under the age of 30 by Inc Magazine, received a Certificate of Special Recognition from the United States Congress, has been named One of the “History Makers In the Making” by MSNBC’s The Grio, was named the Emerging Entrepreneur of the Year by Black Enterprise Magazine and most recently was named to Forbes 30 Under 30 for Energy and Industry.