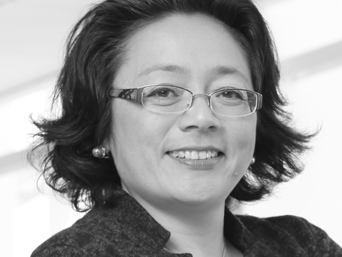 Board of Directors, DNKN

Ms. Irene Chang Britt served as President at Pepperidge Farm, Incorporated since August 2012. She also served as Senior Vice President of Global Baking and Snacking at Campbell Soup Company from April 2012 to January 31, 2015. Ms. Britt She was based at Pepperidge Farm’s headquarters in Norwalk.

Earlier in her career, She spent 12 years at Kimberly-Clark, where she moved up progressively in marketing positions and held key assignments in sales and research and development. She has 8 years of experience in the away-from-home market from her tenure at Kimberly-Clark, where she ran its washroom systems business. She serves as a Member of the Advisory Board at the Enactus (formerly Students In Free Enterprise, or SIFE) U.S. Executive Advisory Board.

She has been an Independent Director at Dunkin’ Brands Group, Inc. since May 19, 2014. She served as a Member of the Advisory Board at Catalyst Inc.

She served as a Director of Sunoco, Inc. from December 1, 2011 to October 5, 2012. She has sponsored the Campbell’s Multiple Sclerosis Society City to Shore fundraising bicycle ride and the Campbell’s “Driving for the Cure” golf tournament to benefit the American Cancer Society’s Relay for Life. She has twice served as Chairman of the N.J. Kraft Employee Fund and led two United Way campaigns as Co-Chair and Executive sponsor.

She has been honored with several awards for her business and community accomplishments, including being named in 2011, a “Women of Distinction” by The Philadelphia Business Journal, and a Laureate in the New Jersey Business Hall of Fame. In 2008, she was recognized by NJBiz as one of the Best 50 Women in Business, by Pink magazine as a Top 15 Innovator, and by Progressive Grocer as a Top Women in Grocery. She was also recognized in 2002 with a Corporate Achievement Award by Organization of Chinese Americans for corporate and community achievements.