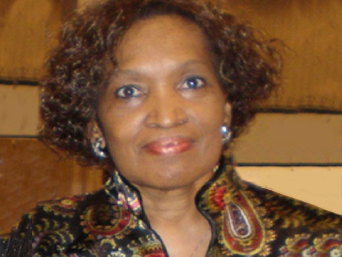 Gwendolyn Poles Sands is the Founder and Servant Leader of Visions Unlimited in Atlanta, GA. She received her B.A. from Virginia Union University, a M.ED. from Virginia State University, and has completed work toward a doctoral degree at Virginia Commonwealth University. Divinely directed to Atlanta, GA in 1994, she served with Head Start and continued her doctoral studies. In 1997 she retired from Henrico County Public Schools in Virginia as a central office administrator for youth with “differing abilities.” Since 1997 she has specialized in the delivery of prevention and intervention evidence-based services for “at-promise” youth and families, including those who are “ex-customers of the justice system.” She founded Visions Unlimited in 2000 with the mission to “provide exemplary programs and services to meet the mind, body, and spirit needs of youth and families in an environment of unconditional love and mutual respect.” She is a founding member of the Metropolitan Atlanta Violence Prevention Partnership and the Strengthening Families and Communities Coalition of Atlanta. She also serves as a board member of The Advocacy Foundation, Inc.

Gwen believes that we may only have ONE chance to touch the life of a child and a family! Each minute-each second must be filled with meaningful interactions that contribute to their positive growth and development! We are charged to facilitate, support, and nurture their educational, spiritual, personal, career, social, and physical development-for the SKY IS THE LIMIT for each of them! We must set high expectations for their futures! The outcome: “Self-reliant, empowered, and resilient adult citizens armed with determination and advocacy who exhibit through their leadership, character, and integrity a commitment to making a positive contribution to their communities.” Information regarding Visions is located at www.visionsinc.org.